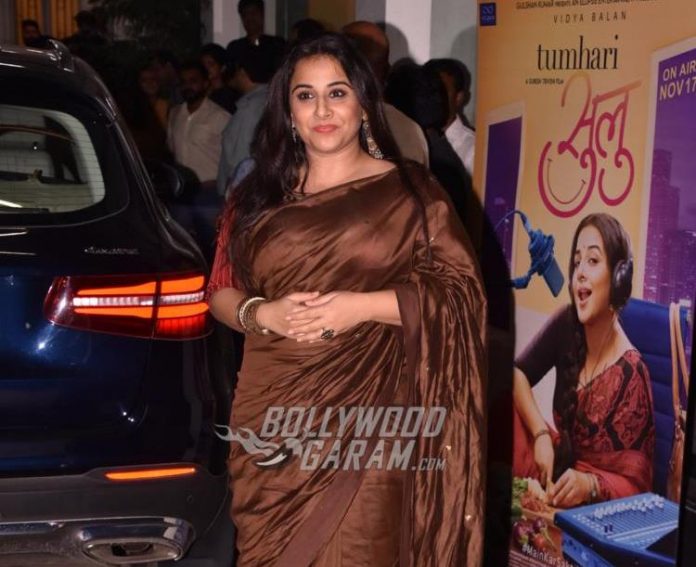 Indian actress Vidya Balan will soon be seen in the upcoming film Shakuntala Devi – Human Computer. The film is based on the ace mathematician and Vidya will be seen playing the title role. The actress on November 20, 2019 announced the wrap of the film and also shared a few pictures from the sets. The pictures had shown the entire cast and crew celebrating by cutting a cake.

Vidya in the pictures can be seen posing with director Anu Menon and producer Vikram Malhotra while cutting the cake. Another picture has shown the actress enjoying some dessert with the entire team. The film is a biopic that is based on the life of the mathematician and is expected to be released during summer 2020.

Shakuntala Devi had not received any particular formal education in the field but her passion to play with numbers had won her many awards in the subject. The makers of the film had recently shared the first look of Vidya Balan as the genius mathematician and had left the audience surprised with the uncanny resemblance with Shakuntala Devi.

The actress was last seen in the film Mission Mangal in which she was seen playing the role of a scientist. Vidya will also be seen in an upcoming short film Natkhat , for which she will turn a producer.