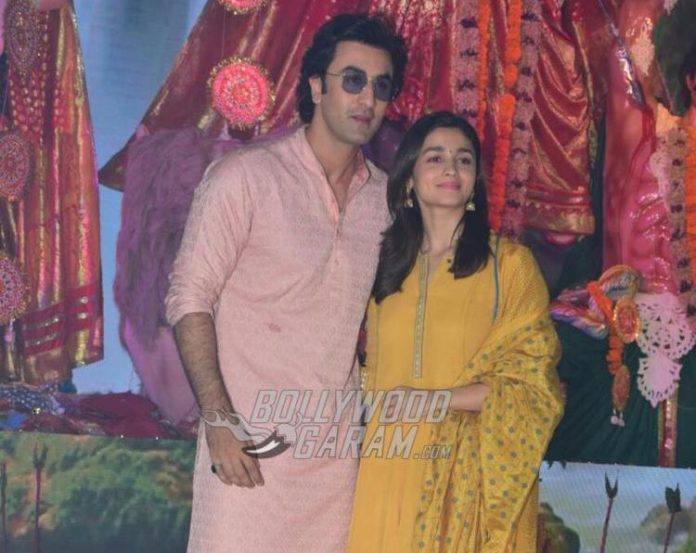 Bollywood couple Ranbir Kapoor and Alia Bhatt has arrived in Manali to shoot for the next schedule of their upcoming film Brahmastra. Ranbir and Alia will be seen sharing the screen space together for the first time. The two were received well by the locals and were welcomed in traditional Himachali style. A few pictures that surfaced on the internet have shown the two wearing the traditional Manali cap and a muffler. The couple was also seen holding flower bouquets in their hands.

The story is about the character Shiva, who is a reluctant hero and is on his way to self-discovery. He finds himself, finds love and also leaves behind the forces that try to hold him back.

Brahmastra also stars Amitabh Bachchan, Mouni Roy and Akkineni Nagarjuna playing important roles. Mouni will be seen playing a negative character. Brahmastra will be the first part of the trilogy and has already created a stir among the audience, who cannot wait to catch the actual flick.

The audience is also excited to see Ranbir share the screen space with Alia. The film is helmed by Ayan Mukerji and produced by Karan Johar. The first schedule was shot in Bulgaria and is due to be released in summer 2020 in standard formats, 3D and IMAX.