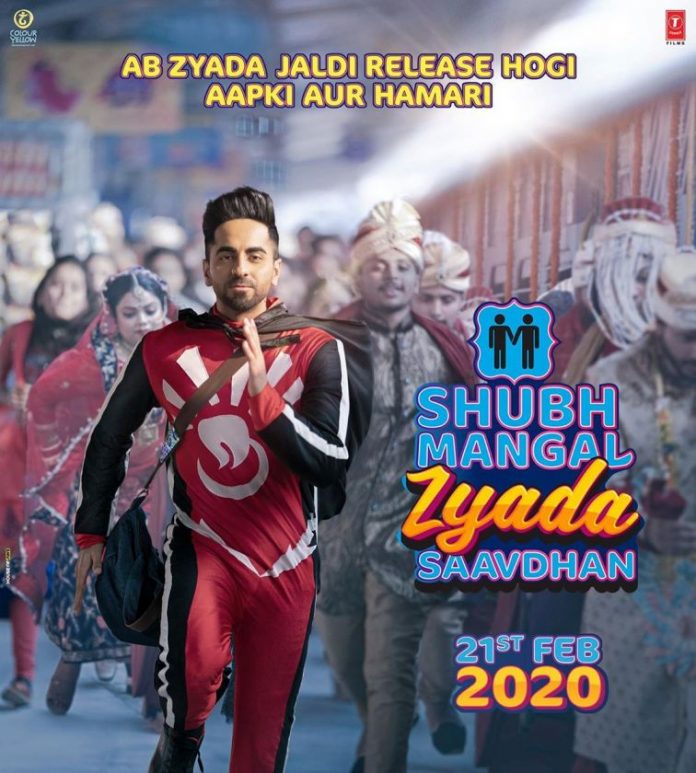 Aayushmann Khurrana is one of the few Bollywood actors who is known for his brave choice of films and has always come out with flying colors from his experiments with his characters. The actor in recent times was shooting for the film Shubh Mangal Zyada Saavdhan in which he will be seen playing the character of a gay.

Aayushmann in an earlier interview had expressed that he is excited for the film to be released due to the fact that this will be the first time a homosexual love story will be narrated on the big screens. The makers of the film recently wrapped the shoot and concluded with a small celebration. The lead star shared a picture of a cake which had the name of the film written on it and announced the wrap.

The film has been mainly shot in Varanasi and from the first day of the shoot, the actor kept sharing glimpses. The film is the sequel to Shubh Mangal Saavdhan which had talked about the condition known as erectile dysfunction. The sequel will be about homosexual love. The film has brought back together the actors Aayushmann, Neena Gupta and Gajraj Rao after the film Badhai Ho.

The first poster of the film had shown the actor escaping from brides running behind him. Shubh Mangal Zyada Saavdhan is all set to be released in theatres on February 21, 2020.