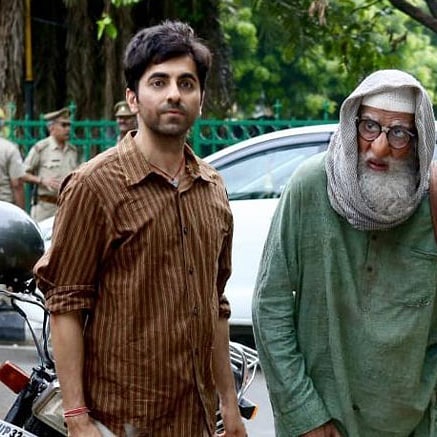 The information on the change on the released date was given in a Tweet by the producers Rising Sun Films which wrote, “There’s a yin for every yan #GulaboSitabo, starring @SrBachchan and @ayushmannk , Directed by @ShoojitSircar to now release on 17th April 2020! See you at the movies!” The film Gulabo Sitabo is based in the Indian city of Lucknow and is a family comedy.

Gulabo Sitabo is helmed by Shoojit Sircar and has been written by Juhi Chaturvedi. This will be the first time Aayushmann will be seen sharing the screen space together. Khurrana had earlier worked with Shoojit for the film Vicky Donor, which marked the debut of the actor in Bollywood.

The film is produced by Ronnie Lahiri and Sheel Kumar. The makers of the film had started filming for the flick in June 2019. The term Gulabo Sitabo is a colloquial term that is used in Lucknow. Amitabh Bachchan will be seen in a completely new avatar and character.