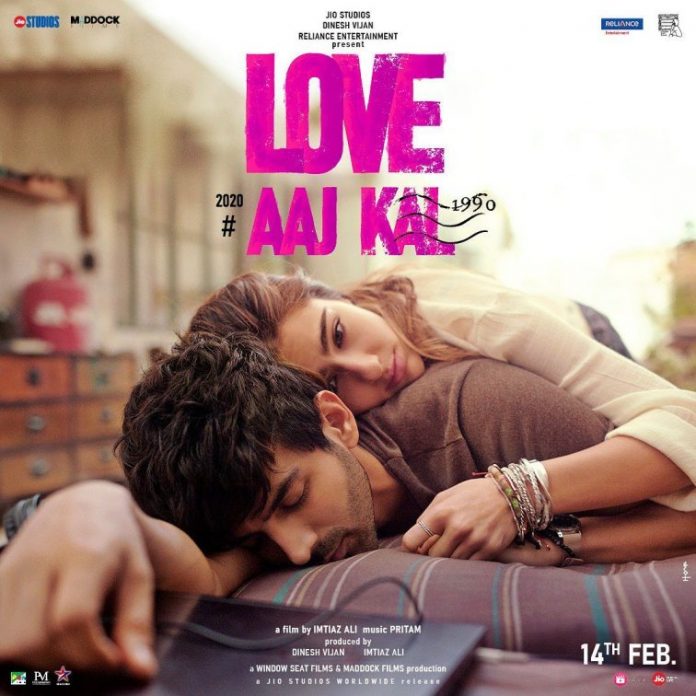 Bollywood actors Sara Ali Khan and Kartik Aaryan were recently in news for their alleged relationship and their upcoming film Love Aaj Kal by filmmaker Imtiaz Ali. The maker of the film recently released the first poster and have also announced that the official trailer will be out on January 17, 2020.

The poster has shown intimacy between the lead characters Veer and Zoe played by Kartik and Sara respectively. Imtiaz has this time donned the hat of a director and a producer along with Dinesh Vijan from Maddock Films. The film also stars Randeep Hooda and is the sequel to the 2009 film with the same name that starred Saif Ali Khan and Deepika Padukone.

Love Aaj Kal released in 2009 had given out the idea that the real feel of love does not change no matter what the generation is. The makers will continue with the concept and this time the audience will be treated with new and hot faces with Sara and Kartik.

Sara has already become popular despite the fact that she is just two films old. The actress made her debut with the film Kedarnath and also appeared in the film Simmba which also starred Ranveer Singh. The audience now has plenty of expectations with the new pair Sara and Kartik.