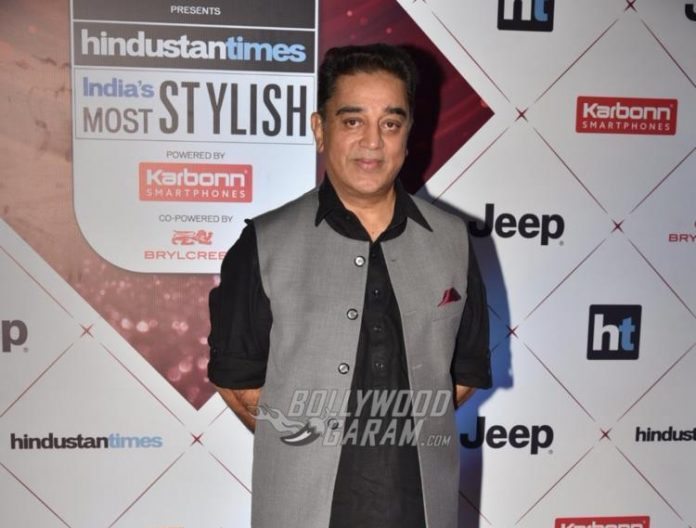 Kamal Haasan is a popular name in Bollywood as well as the South Film Industry. Right now the actor is trying his best to balance his time between his film career and his political party Makkal Needhi Maiam. The actor has made an official announcement stating that he has acquired the theatrical rights of the film 83 which is the Bollywood biopic of Indian cricketer Kapil Dev.

Kamal Haasan will be Making the film under his banner Raj Kamal Films International and will be making the film on Kapil Dev, under whose captaincy, the Indian cricket team had won the first cricket World Cup for India. The Bollywood film is directed by Kabir Khan and has Ranveer Singh in the lead role of Kapil Dev. Deepika Padukone will be seen playing the role of Kapil Dev’s wife Roma Dev.

Ranveer Singh underwent intense training for cricket and also had a number of interactions with Kapil Dev himself to get his accent and way of playing right. The music for the film has been composed by Vibri Media, Reliance Entertainment and Nadiadwala Grandson Entertainment. A major portion of the film was shot in England in May 2019.

The film will be releasing in Hindi, Telugu and Tamil languages on April 10, 2020.