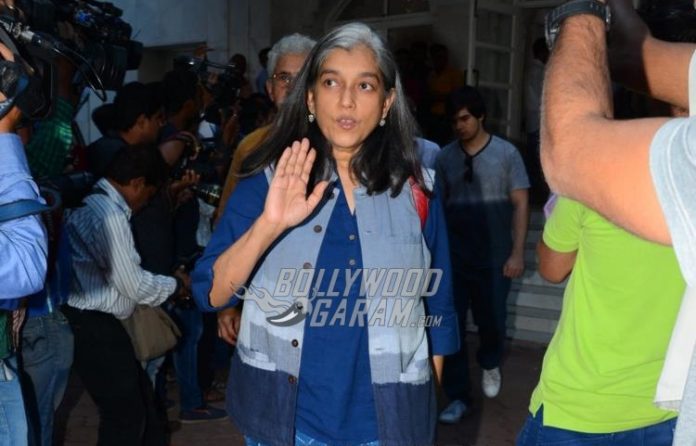 Indian actress Ratna Pathak Shah is one of the few versatile actresses the industry has who has been the staple for many films. Her sense of style and performance has always stood out and attracted filmmakers to rope her for different roles. The actress has been roped in for playing Ranveer Singh’s mother in the upcoming film Jayeshbhai Jordar.

Though there might be nothing known as ‘tough role’ for Pathak, but the actress will surely be able to blend in to the role, as she has earlier played the character of a Gujarati mother in the popular tele series Sarabhai V/s Sarabhai.

Divyang Thakkar will be making his debut as the director for the film and was keen on casting Ratna for the role. Thakkar has earlier worked with Ratna during his theatre days. Ratna confirmed about the role and shared that she was initially skeptical about picking it up as a young actor had approached her with the role. But then the actress added that when she went through the script she was entertained by the end and decided to do it.

Jayeshbhai Jordar is produced by Maneesh Sharma under the Yash Raj Films banner and also stars Shalini Pandey and Boman Irani. The makers are yet to announce a release date for the film.