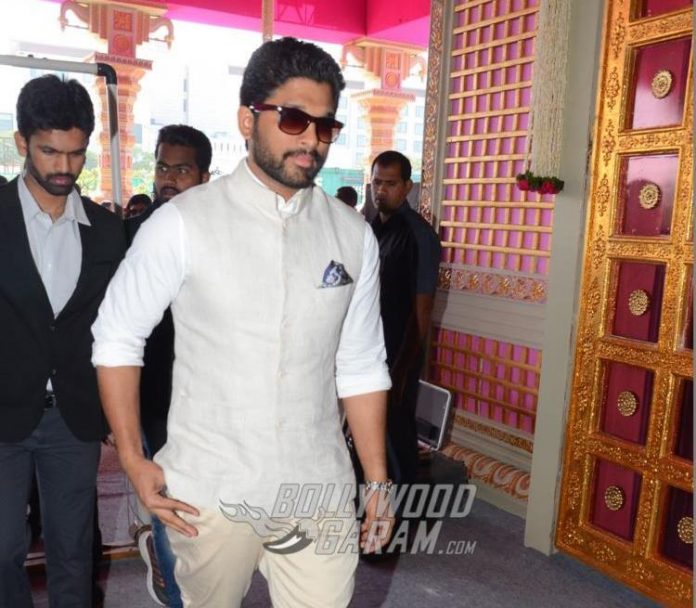 South heart throb Allu Arjun is already popular in the south film industry. The actor recently opened up about working in Bollywood. Arjun is currently enjoying the blockbuster success of his film Ala Vaikunthapurramuloo. The actor during a recent interview talked about him venturing in Bollywood films.

Arjun shared that he is fond of Hindi cinema and wishes to be a part of it someday. The actor also said that he is at present looking out for the right project that will have a good director to begin with. Arjun also expressed that his first venture in the industry would matter a lot. The actor also mentioned about what his colleagues from the industry have done in Hindi films and that he has learnt from them.

Arjun in his film Ala Vaikunthapurramuloo is seen opposite Pooja Hegde and also stars Nivetha Pethuraj, Tabu, Sushant, Murali Sharma and Harsh Vardhan playing important roles. The film is directed by Trivikram Srinivas and produced by S. Radha Krishna and Allu Arvind.

Allu Arjun is also preparing for his upcoming film AA 20 that is helmed by Sukumar. The actor’s debut in Bollywood would be a fresh change for the Hindi audience. His films liken Vedam, Arya 2, Race Gurram and Badrinath have been noteworthy films in the south film industry.