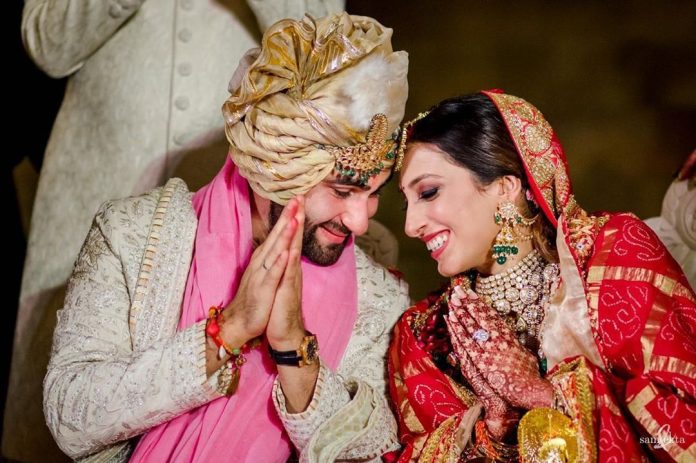 Indian actor Armaan Jain got married to his long time girlfriend Anissa Malhotra on February 3, 2020. The Jain family and Malhotra family hosted a grand wedding ceremony in Mumbai, which was attended by the Who’s Who of Bollywood including the Bachchan family and off-course the entire Kapoor family. On February 5, 2020, Armaan shared the first picture from their wedding ceremony.

The picture was taken soon after the wedding rituals concluded and the couple was all smiles. Armaan in the post shared the excitement to begin the new chapter of his life as husband and wife. The actor also thanked his family and friends. It was in July 2019, when Armaan had popped the question to the love of his life at a dreamy set up which had plenty of flowers, music and crackers. The actor had got down on his knees and proposed Anissa, who accepted the proposal and the two soon got engaged.

Armaan Jain had made his debut in Bollywood with the film Lekar Hum Deewana Dil. About the actor, he was pursuing bachelor’s degree in Business Management from the Ragent’s University in London. But in one and a half years, he realized that he was wasting his time and money of his father and left it mid-way.

Armaan’s father is an investment banker, while mother Reema Kapoor is a homemaker.