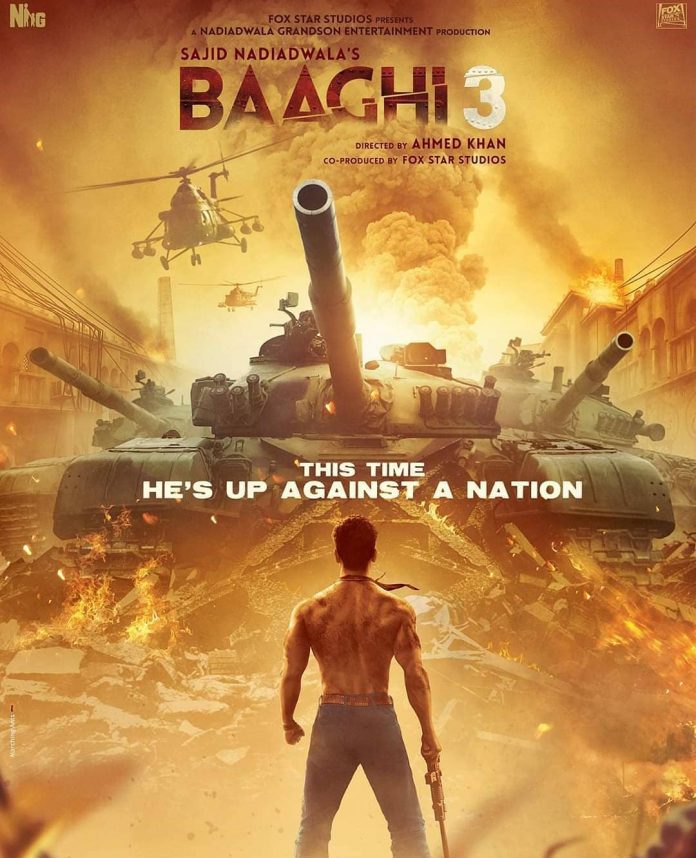 The much awaited trailer of the film Baaghi 3 has been released online and the fans cannot wait to catch the actual flick. The earlier films Baaghi and Baaghi 2 have been remarkably successful at the box office and the third film has raised the expectations of the audience. Shraddha Kapoor has joined the cast after she was absent from the second film. The trailer was released on February 6, 2020.

Going by the trailer, Baaghi 3 has shown Tiger in the lead role as a one-man army who is possessive about his brother played by Riteish Deshmukh. Tiger will be seen playing the role of Ronnie, who shares a great bond with his brother Vikram played by Riteish, who always counts on Ronnie when he is in trouble.

Ronnie protects his brother every time, but on one of Vikram’s trips abroad, he gets kidnapped and this is when Ronnie comes in and is on a quest to find his brother. As expected, the film is packed with high-octane action sequences and Tiger will be seen fighting it out with the terrorists as he deals alone with choppers coming to attack him.

The film is helmed by choreographer turned filmmaker Ahmed Khan and is produced by Nadiadwala Grandson Entertainment. Baaghi 3 will also see Disha Patani in a cameo role and is all set to be released in theatres on March 6, 2020.