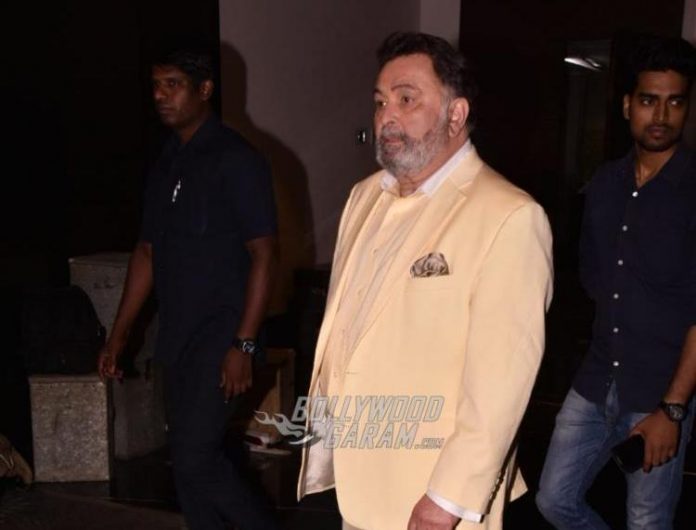 Indian actor Rishi Kapoor was recently admitted at a hospital in Delhi due to a respiratory infection but was soon discharged and had returned to Mumbai. The actor had given a miss to Armaan Jain’s wedding due to his illness but was there for the reception. Reports say that after the reception, the actor was again admitted to a hospital in Mumbai. The Bobby actor was rushed to the HN Reliance Foundation and is accompanied by wife Neetu Kapoor and son Ranbir Kapoor.

Earlier Rishi Kapoor had reached out to his fans stating that he was admitted due to an infection as the pollution in Delhi affected his health. The actor had then also revealed that upon investigation the doctors had found a patch in his chest which was treated immediately.

Rishi Kapoor also thanked his fans and followers for the concern and assured that everything is under control and he is doing well health wise. The news of Kapoor being admitted at a Delhi hospital invited concerns and speculations from the fans as he had recently returned from the US after getting treated for cancer.

Kapoor was in New York for about a year as he was getting treated and was accompanied by wife Neetu. Ranbir and Alia had then frequently visited his parents.