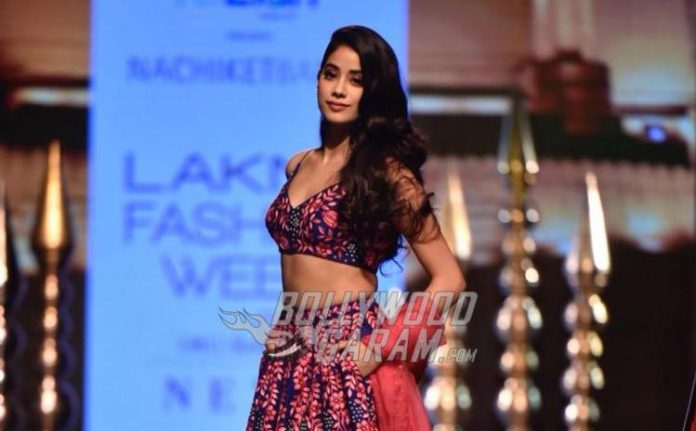 Indian actress Janhvi Kapoor is on a religious trip to Tirupati in Andhra Pradesh. The Dhadak actress shared a few pictures of her trip to the temple town on February 9, 2020. The caption of her pictures does not reveal much but it seems like she has gone all the way by foot to the top of the Tirumala town to reach the shrine.

One of the pictures showed the actress seated on a raised platform as she was wearing a simple white ethnic outfit with a yellow dupatta. While the actress shared her trip from Tiupati, fans of Janhvi were happy to see her on a religious trip.

On the work front, Janhvi was last seen in the Netflix film Ghost Stories and is currently looking forward for the upcoming film Gunjan Saxena which is currently in the post production stage. Then film also stars Angad Bedi and Vineet Kumar Singh. The actress is also preparing for the release of Roohi Afzana which is also in the post production stage and also stars Rajkummar Rao.

The film is a horror comedy and is directed by Hardik Mehta and produced by Dinesh Vijan, Rajkummar Rao and Varun Sharma. Roohi Afzana is expected to be released in Theatres on April 17, 2020.