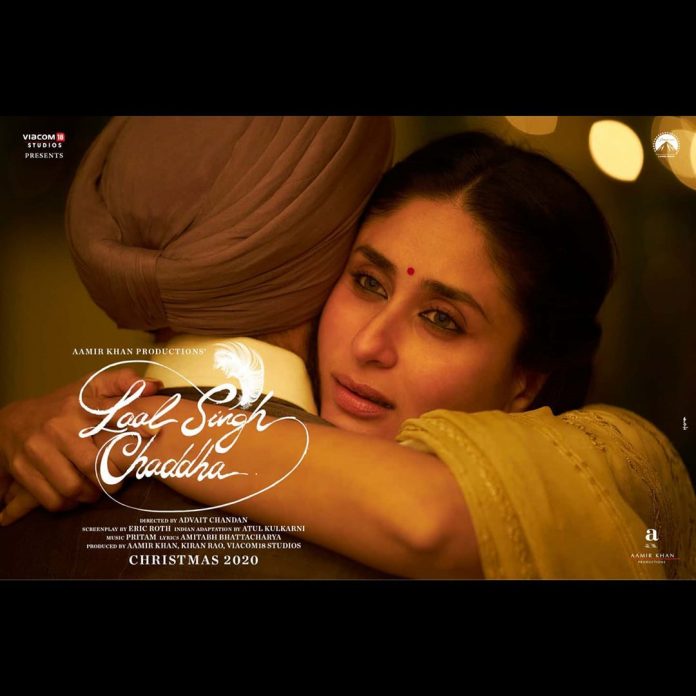 Aamir Khan starrer Laal Singh Chaddha has been in news since the time it was announced by the makers. The project became even more interesting when it was announced that Kareena Kapoor will be paired opposite Aamir in the film. The makers of the film have now released a new poster which has shown Kareena’s look.

The earlier poster that was revealed had shown Aamir Khan as an innocent and a happy jatt. Aamir Khan on the occasion of Valentine’s Day unveiled Kareena’s look from the film. Kareena in the new poster can be seen hugging Aamir with minimal make-up and a traditional white outfit and a red bindi on her forehead. Aamir also posted a light hearted message for his co-star Kareena and expressed that he wished to romance her in every film as it comes naturally to him.

Laal Singh Chaddha is directed by Advait Chandan and is expected to be released by Christmas 2020. The story of the film is about a man who has a low IQ level and narrates the events of Indian history from his own perspective.