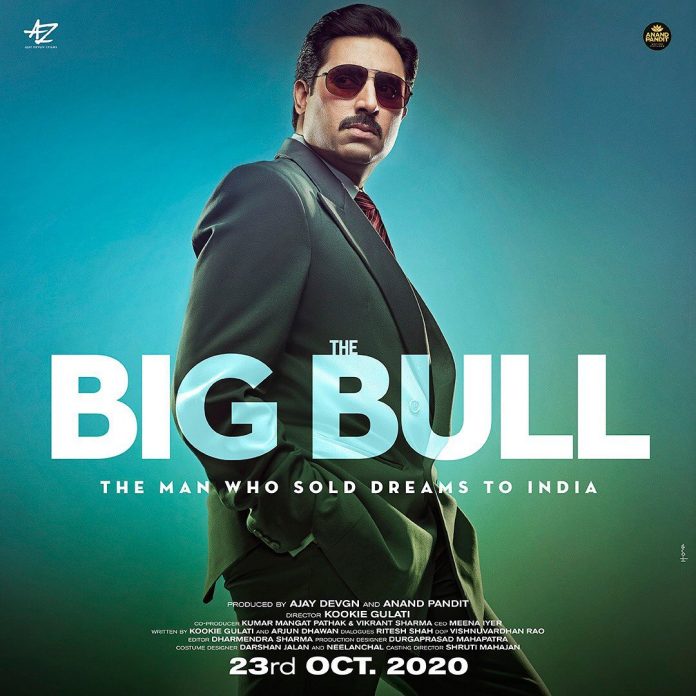 Abhishek Bachchan has been working in just a few films in recent times. But the projects that he is currently involved in are interesting. The actor recently unveiled the first look of his upcoming film The Big Bull and is based on the real events that were held between the year 1999 and 2000 in the stock market and was about the financial related crimes committed by Harshad Mehta.

The film is a biographical and is co-produced by Ajay Devgn, Anand Patil, Kumar Mangat Pathak and Vikrant Sharma. The Big Bull is helmed by Kookie Gulati and also stars Ileana D’Cruz and Lekha Prajapati. The film is all set to be released on October 23, 2020.

Abhishek was last seen in the film Manmarziyaan which also starred Taapsee Pannu and Vicky Kaushal. The actor was appreciated for his role and the character that he had played. Apart from The Big Bull, the actor will also be seen in the upcoming film Paa 2, which will be the sequel to the 2009 film Paa.

The film was about a rare genetic condition known as progeria. Abhishek is also working on the film Bob Biswas and Anurag Basu’s Ludo which is expected to be released in April, 2020. Ludo will also star Rajkummar Rao, Aditya Roy Kapur and Sanya Malhotra.