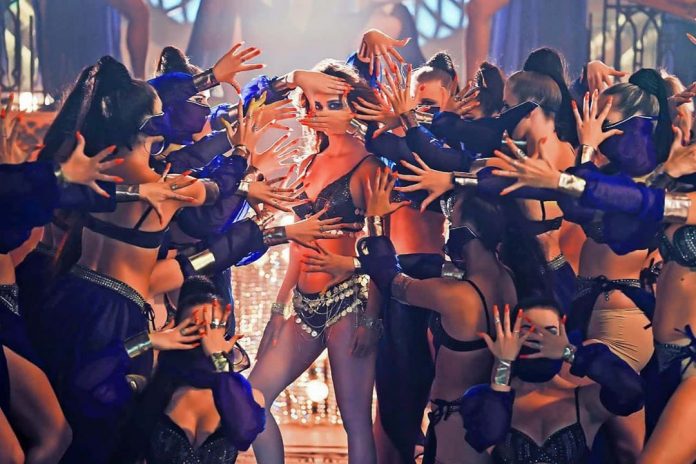 Tiger Shroff and Shraddha Kapoor starrer Baaghi 3 is all set to be released in March 6, 2020. The makers have already entertained the audience with the revamped version of the song Dus Bahane and now they are all set to unveil another track Do You Love Me that will feature Disha Patani. Tiger shared a glimpse from the song on social media which has shown Disha in a glamorous look.

The picture shows the actress dressed up in a glittery outfit while her face was covered by the dancers. Going by the look, it surely seems like the song is going to be a hot sizzling number and the two might be seen shaking their legs together.

Disha in an earlier interview shared that she has never attempted such a dance form and that the song is surely going to get everyone on their toes dancing. The actress added that when she heard of the song for the first time she was excited and had enjoyed shooting for it. Disha also said that Adil Shaikh has shot the song and choreographer turned director Ahmed Khan made sure that she looked at her best.

The song Do You Love Me from Baaghi 3 is a revamped version of British producer TroiBoi’s song Do You and is crooned by Nikhita Gandhi.