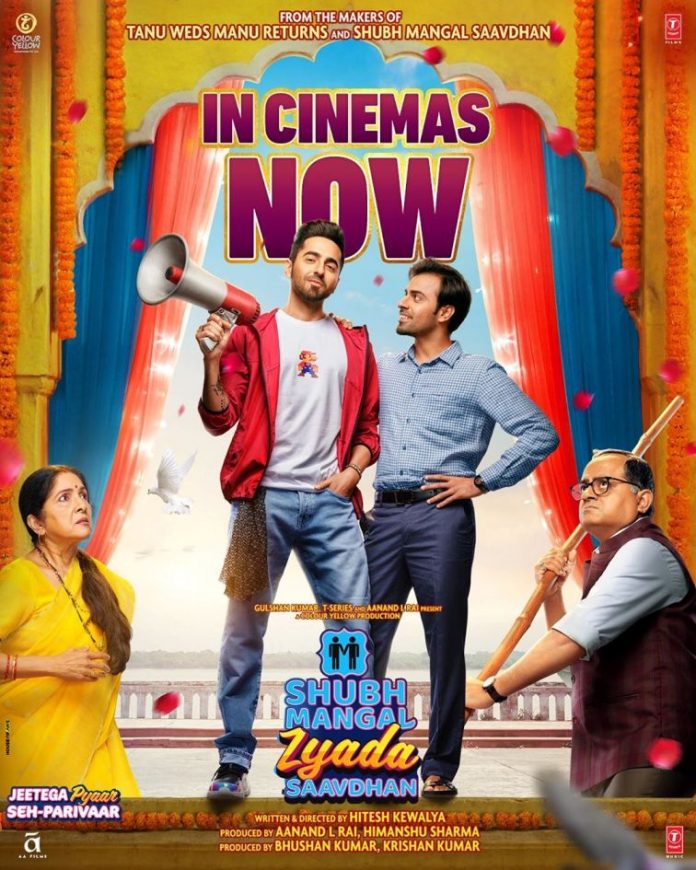 Aayushgmann Khurrana is back with yet another bold character with Shubh Mangal Jyada Saavdhan which is the sequel to the film Shubh Mangal Saavdhan released in 2017. But the good thing is that the sequel is based on a completely new storyline and has no relations with the earlier film. So people who have not seen the 2017 film can also have fun watching the sequel.

The story is about Kartik Singh and Aman Tripathi, who live in Mumbai to make a living and are in love with each other and are gay. Aman has a conservative family in Varanasi, where his sister is all set to get married. At the same time, Aman’s parents have also decided on a bride for their son. Kartik and Aman visit Varanasi together for the wedding but Aman’s father finds out about their relation. This is when the actual game begins when the two try their best to convince his Aman’s parents.

The best part is that the film moves at a fast pace leaving the audience with no scope to get bored. The entire film is filled with light and fun moments. The audience will get to see a new Aayushmann that the regular one that was seen in Vicky Donor or Badhai Ho. Being a gay couple brings a few traits of the community, but the two have done well with not overdoing it. Jitendra Kumar is a surprise element and has accompanied co-star Aayushmann well. Neena Gupta and Gajraj Rao are back together and the chemistry between the two is again hilarious and entertaining.

Maanvi Gagroo, who plays Aman’s sister Goggle has an important role to play and has done justice to her role of a small town girl. The only thing that lacked in Shubh Mangal Zyada Saavdhan was a closure to certain situations in the film like Goggle could have got married after her marriage was broken and Aayushmann’s parents could have also been brought in for some more entertainment and confusion.