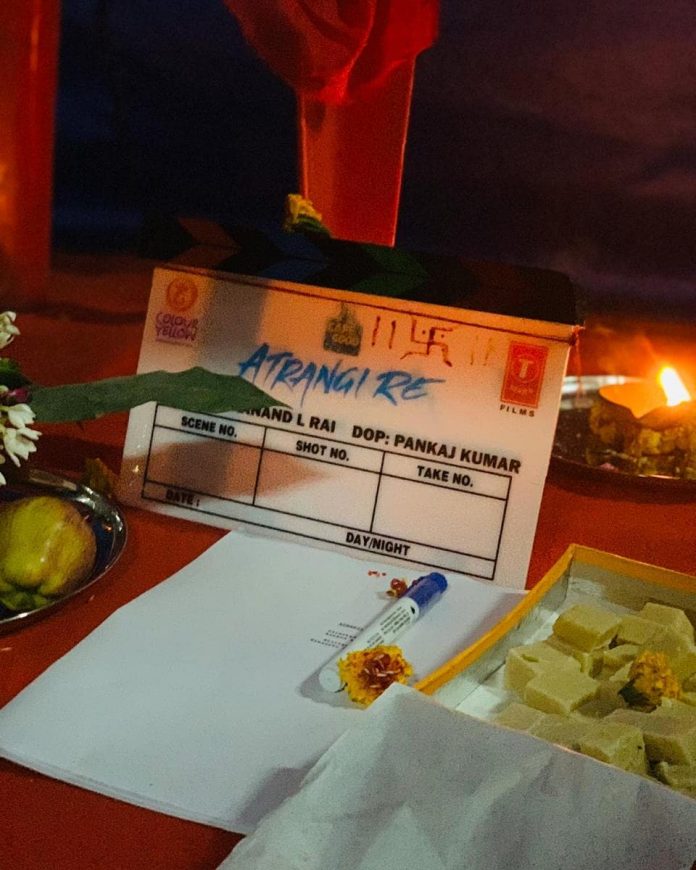 The audience was excited when the makers of Atrangi Re announced that they are bringing together Akshay Kumar, Dhanush and Asara Ali Khan for the upcoming film. After the pre-production work has been completed, the film has finally gone on floors and is helmed by Aanand L Rai. A picture was posted on the social media which showed the clap board that had the name of the film.

Academy award winner A.R. Rahman has taken the responsibility of the music and will be produced by Bhushan Kumar’s T-Series. Akshay is currently looking forward for the release of his upcoming film Sooryavanshi in which he will be seen playing the role of a cop and also features Katrina Kaif.

Apart from Sooryavanshi, the actor is also working on other projects like Laxmmi Bomb, Bell Bottom and Bachchan Pandey. Sara Ali Khan was last seen in the film Love Aaj Kal and is looking forward for her upcoming film Coolie No. 1 which also stars Varun Dhawan.