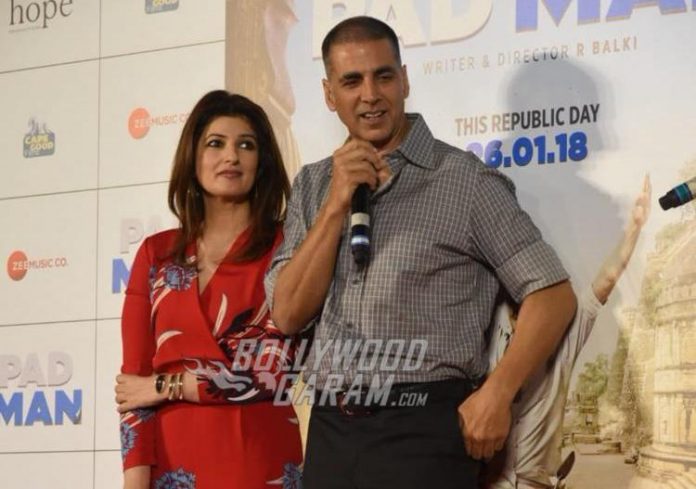 Amidst the coronavirus outbreak, shoots in Bollywood have been cancelled. Akshay Kumar and wife Twinkle Khanna have figured out the best way to spend some quality time at home. Before the lockdown, Akshay was shooting for the upcoming film Laxxmi Bomb and had completed his part of the shoot. After Laxxmi Bomb, the actor was expected to begin next projects but the shoots were called off.

Akshay took his Instagram account and shared a picture of himself and wife Twinkle spending quality time at their residence on a lazy afternoon. Twinkle can be seen sitting comfortably on a swing as she holds a glass of Gin as she rests her feet on Akshay’s hands. Akshay can be seen seated on another swing and looked great in a printed track suit.

Twinkle and Akshay seemed to be making the most of their time off. Akshay was preparing for the release of his film Sooryavanshi which was postponed due to the ongoing COVID-19 epidemic. Akshay will also be seen in the upcoming film Laxxmi Bomb which also stars Kiara Advani. The actor will be seen playing the role of a transgender and is helmed by Raghava Lawrence. The shoot of the film was recently completed and is expected to be released on May 22, 2020.