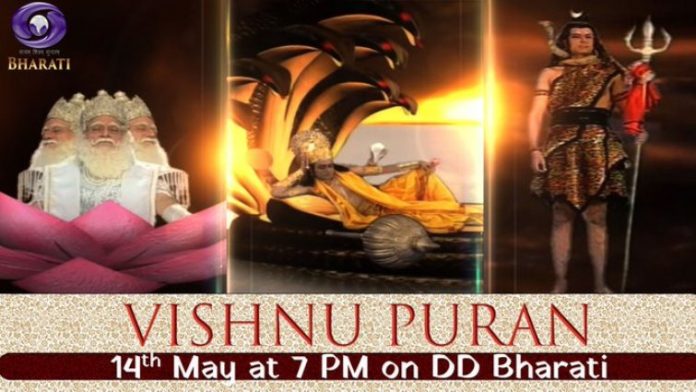 The classic shows Ramayan and Mahabharat had a successful rerun on TV and had also encouraged other channels to telecast the shows. During the lockdown, many of the viewers had demanded the rerun of the Mahabharat and Ramayan on TV and DD National obliged. Now another epic drama is all set to return to the TV sets. Vishnu Puran by Nitish Bharadwaj will soon be telecasted on DD National.

Not just the mythological dramas, but TV shows of various other genres made it to the TV rerun and people enjoyed their lockdown watching these shows. The coronavirus pandemic forced many people to stay at home. Even the TV and film shoots came to a stand-still that meant no new TV shows could be aired. Some of the other shows like Dekh Bhai Dekh and many others were aired from the 80s and 90s.

While many other shows were aired, the mythological shows like Ramayan and Mahabharat managed to grab all the limelight and broke all the TRP records. Recently prime Minister Narendra Modi has hinted towards the fourth segment of the lockdown which can mean that people might have to stay at home for a longer time.

The news of Vishnu Puran returning on the TV was confirmed by Doordarshan through its official Twitter handle.