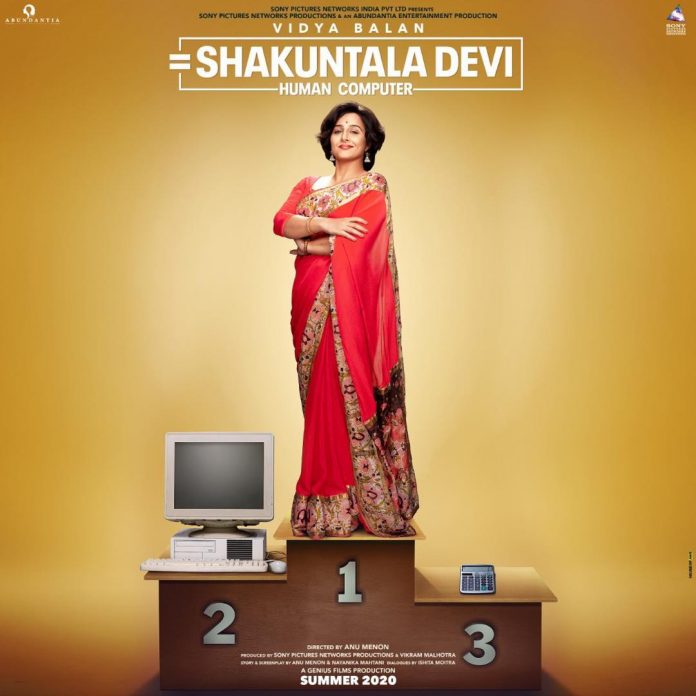 After Gulabo Sitabo, makers of the upcoming film Shakuntala Devi starring Vidya Balan have announced that the film will soon have a premiere on Amazon Prime Video. The film is a biopic on the Human Computer of India and has been one of the most awaited films of 2020. Shakuntala Devi will now be releasing across 200 countries and territories through Prime Video.

Shakuntala Devi was also known as the Human Computer as she was known for her surprising abilities to make complex calculations within seconds. The film also stars Sanya Malhotra, Amit Sadh and Jisshu Sengupta playing important roles. During the shoot of the flick, Vidya Balan used to share pictures from the sets and increased the curiosity the audience.

The makers of the film had also revealed the first look of Vidya as the genius mathematician. The film has been written by Anu Menon and produced by Sony Pictures Network Productions and Vikram Malhotra. The date of release is yet to be announced butits release on the OTT platform has been confirmed.

Due to the lockdown situation it seems like many of the films might get a release on the OTT platforms but the development has left the multiplex owners disappointed. However, the producers of the film look towards it as the need of time and some source of revenue.