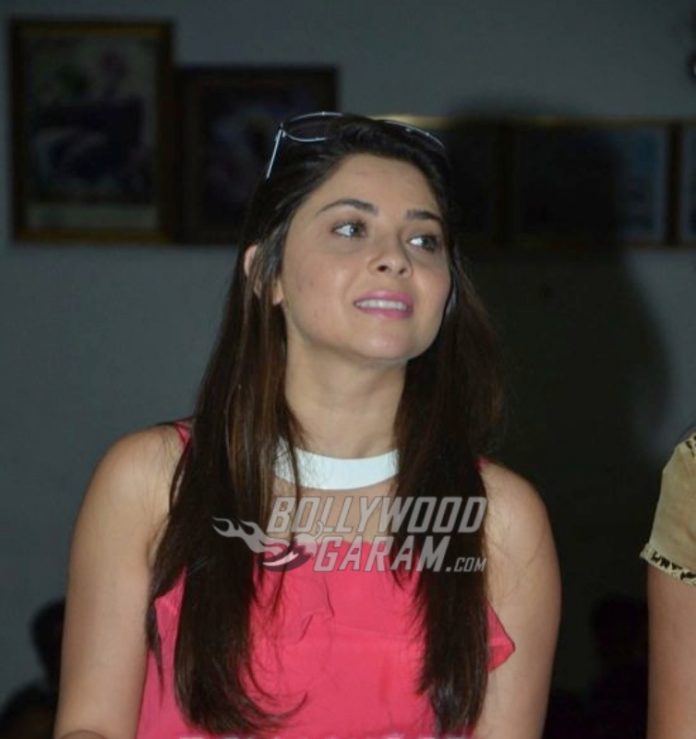 Indian actress Sonalee Kulkarni, who has mostly appeared in Marathi films, announced her engagement with fiancé Kunal Benodekar. The actress had got engaged to Kunal on February 2, 2020 but made the announcement on her birthday on May 18, 2020.Sonalee made the announcement by sharing a few pictures from the day and through her Twitter account.

The news of her engagement soon spread like wild fire and became viral. Sonalee shot to fame after her performance in the song Apsara Ali from the Marathi flick Natarang. The pictures from her engagement showed her wrapped in a gorgeous mustard yellow Banarsi sari with traditional jewellery.

One of the pictures from the engagement also revealed the actual date of the engagement. It was more than a month before a lockdown was announced in India. Sonalee and her fiancé Kunal looked great in traditional attires. Kunal was seen in a blue sherwani and a yellow dhoti.

Going by the pictures it seems like a very private affair as it included only the immediate family members. The actress also thanked everyone after wishes started pouring in from her well-wishers, fans and colleagues. Sonalee has also appeared in the films like Singham Returns and Grand Masti. Some of her popular Marathi films included Classmates, Mitwaa, Timepass 2 and Tula Kalnnaar Nahi.