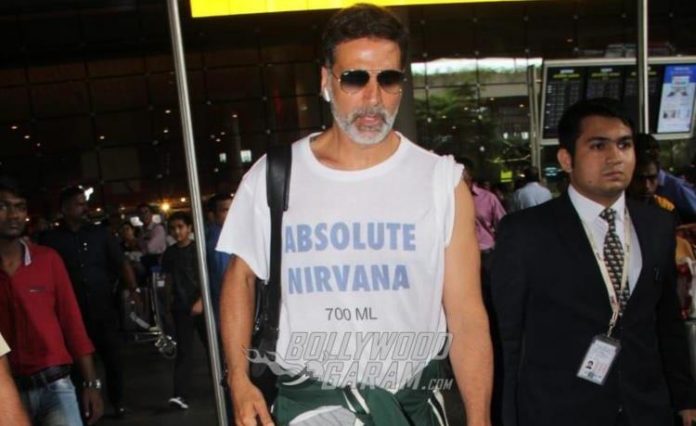 Indian actor Akshay Kumar along with filmmaker R Balki, shot for an advertising campaign at the Kamalistan Studio in Mumbai on May 26, 2020. The advertising campaign was about the post lockdown responsibilities and enough precautions were taken while shooting. Director Balki informed that the advertisement was shot for the Health Ministry. The director added that all the necessary precautions were taken including masks and sanitizers.

The shooting was done with minimal crew. Balki added that it was tough to get back to work with the norms of social distancing, masks and sanitizers, but had got used to it in just a few minutes. The director also assured that there was minimal crew and very strict protocol was followed.

Balki has earlier collaborated with Akshay in the films like Padman and Mission Mangal. The director also said that the shooting can be done quite easily by following such guidelines. Reports said that the cast and crew had underwent a disinfectant tunnel after which they were given masks and face shields.

A medical crew was also on board wearing PPE suits who checked the temperatures of the cast and crew members. While many might be wondering if shootings are being allowed now, shootings for films and bother production activities continue to remain suspended due to the coronavirus pandemic.