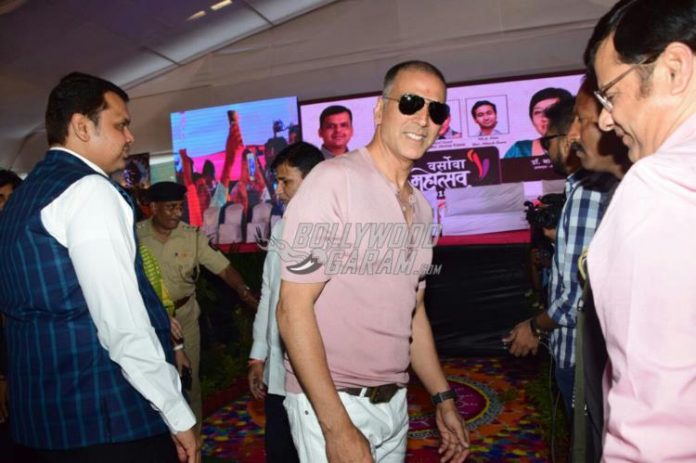 After the cyclone Amphan had hit the east coast of India, another cyclone Nisarga has hit the west coast of the country. Under such critical and risky circumstances, Akshay Kumar, through a video appealed the fans and people in Mumbai and the neighboring places to remain safe and take precautions as the cyclone hits.

The cyclone has developed in the Arabian Sea and has hit the west coast near Mumbai in the state of Maharashtra. Akshay in his video encouraged people not to be scared of the situation and added that if ample precautions are taken then things could be handled with ease.

The Khiladi star appealed not to step out of their homes and if they have then take shelter at a safe place but not under a tree. Akshay also appealed to remove any light weight objects or flower pots from the balconies to a safer place so it does not cause any injury to others.

The actor also appealed not to ferry near the shore and remain at their homes as much as possible. The city of Mumbai is already facing the wrath of coronavirus and the number of cases are rising everyday. The virus has also claimed several lives in the city and the frontline workers are trying their best to deal with the situation.