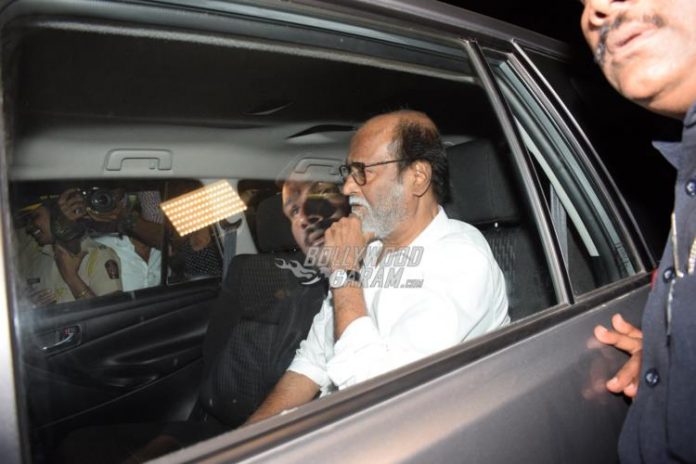 An unidentified person had reportedly called the Chennai Police on June 18, 2020 that a bomb has been placed at the residence of south Superstar Rajinikanth. The local news channels said that the Chennai Police received a call that a bomb has been planted at Rajinikanth’s house at Poes Garden. Soon after a search operation took off at his residence with sniffer dogs and bomb detectors.

The incident came to notice to the people living around and soon people started gathering around Poes Garden causing a risk during the coronavirus risk in the city. The city of Chennai is already dealing with a number of cases that are multiplying everyday.

It is still not clear as to who had called and if the call was a hoax. On the work front, the actor was last seen in the film Darbar which had Nayanthara in the lead role. It also starred Suniel Shetty as the main antagonist while Prateik Babbar, Nivetha Thomas and Yogi Babu were seen in supporting roles.

The film was released in 7000 screens across the globe and had grossed a record collection of Rs. 150 crores during the first weekend. Rajinikanth is all set to be seen in the upcoming film Siruthai Siva which also stars Khushbu, Nayanthara, Keerthy Suresh and Meena.