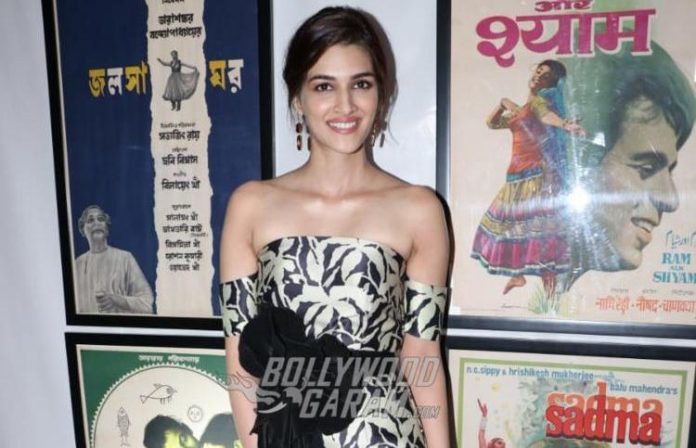 Kriti Sanon and Pankaj Tripathi starrer upcoming film Mimi is about a surrogate mother. The film was announced before the lockdown in March and Kriti was expected to finish shooting befpre lockdown. But now despite the permissions from the government, the director of the film Lakshman Utekar has said that the crew will have to wait for a little longer.

Utekar does not want to return to the sets due to safety concerns. The director while talking to a leading daily informed that they have about five days shoot left and the number of COVID-19 cases in Maharashtra is increasing everyday in Mumbai and the entire state.

Kriti had reportedly put on 15 kilos of weight to play a pregnant woman in the film Mimi. The actress expressed that it was a challenge for her to gain weight and the director did not want her have a chiseled face. Kriti shared that she had completely stopped working out and had increased her appetite.