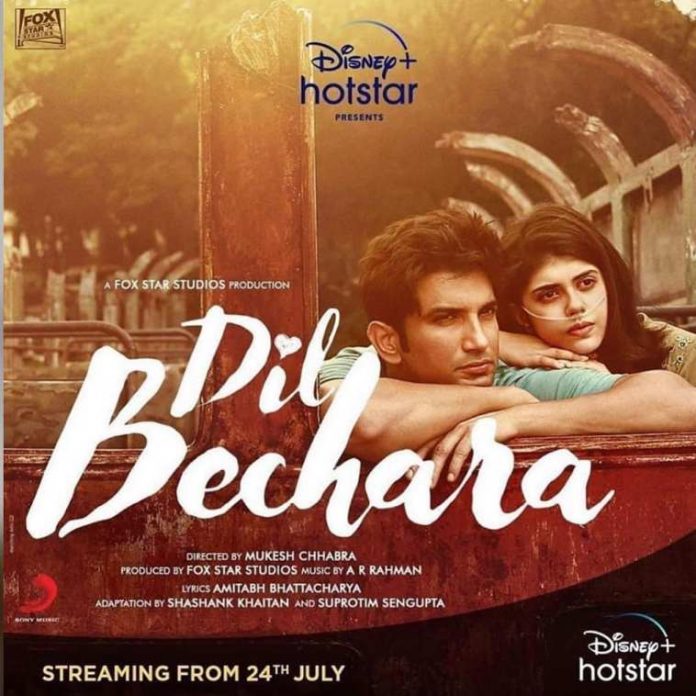 Sushant Singh Rajput passed away after he was found hanging at his residence at the plush locality in Bandra, Mumbai on June 14, 2020. While the fans were looking forward towards his upcoming film Dil Bechara which is the last film of Sushant, it has been announced that the film will be released on the OTT platform Disney Plus Hotstar.

Hardly ten days after the demise of the actor Sushant Singh Rajput, the makers of the film had announced that they are all set to release the film Dil Bechara on the popular OTT Platform. There are many films on the platform that can be watched only after the viewer purchases a subscription package, but the team of the film revealed that for millions of fans of the star, the film will be available for free for everyone.

The film will be released on Disney Plus Hotstar on July 24, 2020 and will be available for the subscribers as well as the non-subscribers. Sushant Singh Rajput was last seen in the film Drive which was released on the popular OTT platform Netflix.

The actor was earlier seen in the film Chhichhore in 2019 which also starred Shraddha Kapoor and Varun Sharma. Sushant allegedly committed suicide at his residence in Mumbai and did not leave any suicide note.