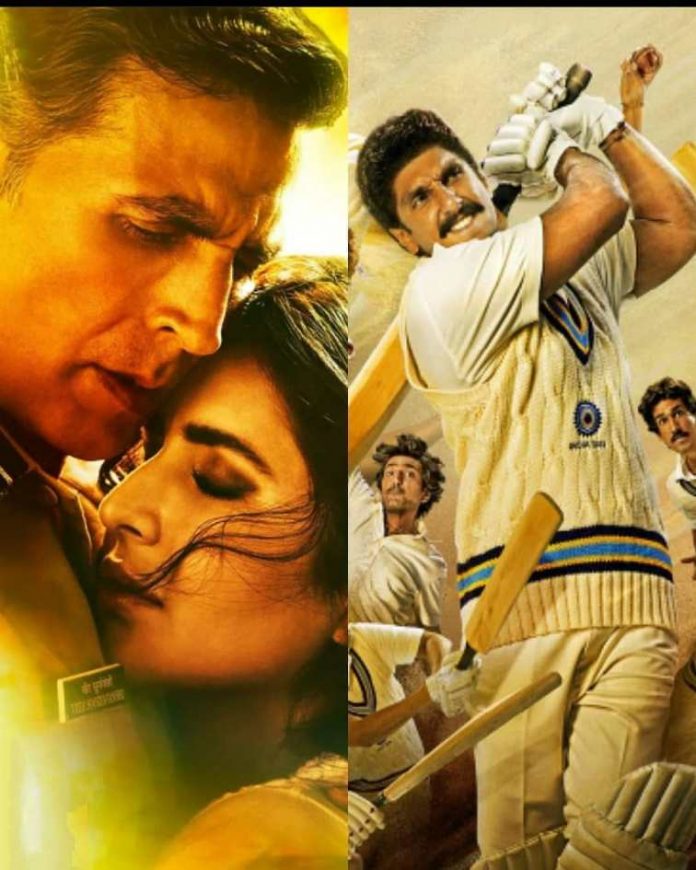 A number of Bollywood filmmakers these days opted to release their movies on OTT platforms as the theatres are closed due to the coronavirus pandemic. A number of films like Gulabo Sitabo, Choked, Chintu Ka Birthday, Ghoomketu, Maska, Mrs. Serial Killer and a few others went the OTT platform way. But now it seems like there is some relief for the multiplexes and theatres as some of the upcoming films like Sooryavanshi and Ranveer Singh starrer 83 will have a theatrical release.

Despite the current situation, some of the filmmakers continue to be keen on maintaining a stance and keeping their films for a theatrical release. It came as a relief for the owners of multiplexes and single screen theatres when makers of 83 and Soorvavanshi decided to go the theatre way.