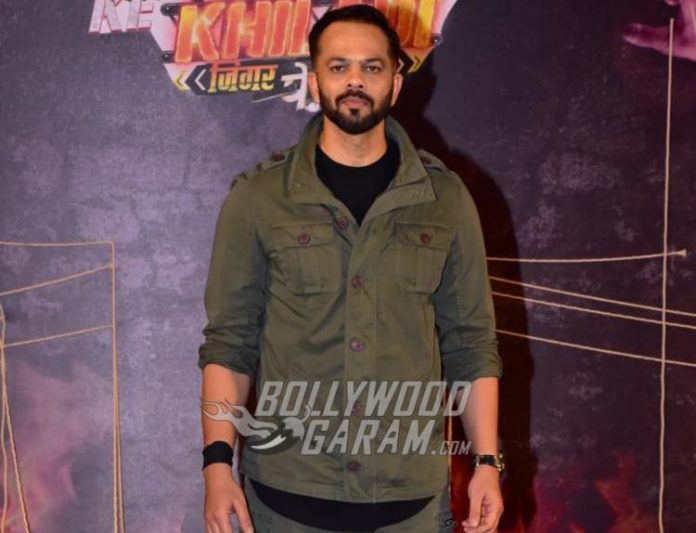 It was recently reported that the new episodes of the 10th season of Khatron Ke Khiladi will soon begin airing. The shooting schedule of the popular reality show had come to a stand-still due to the announcement of a complete lockdown across the nation due to the coronavirus pandemic. But now the fans of the show can rejoice as the finale of the show is all set to be shot at FilmCity in Mumbai.

Host and filmmaker Rohit Shetty is back to shoot for the finale and was snapped at the shoot venue. The filmmaker looked great in a camouflage pants, shoes and a muscle-fit style t-shirt. Shetty completed his look with a cool pair of sunglasses and offcourse a face cover.

Khatron Ke Khiladi is the Indian version of the American reality show Fear Factor. The pattern of the show ropes in celebrities to compete with each other while performing dangerous stunts and the winner goes home with a hefty prize money.