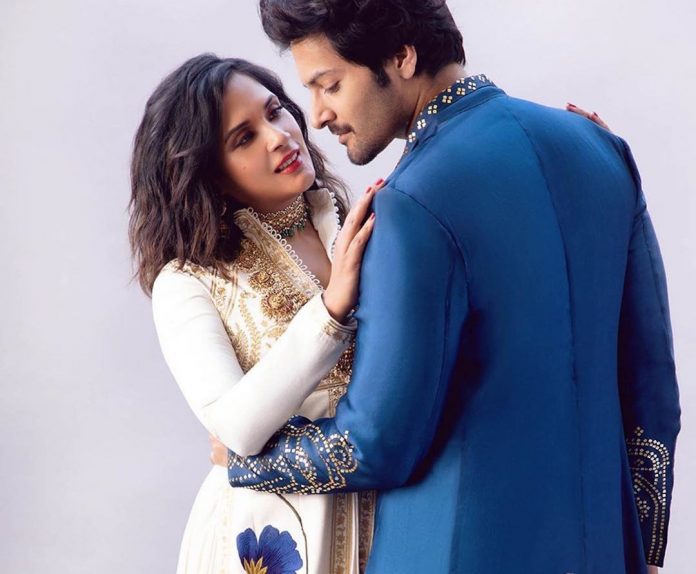 Bollywood has a few young couples and their fans are eagerly waiting for their wedding. One of the couples are Richa Chadda and Ali Fazal who were expected to get married early in 2020, but had to postpone due to the coronavirus pandemic. A while back, it was confirmed that they would get married in April, 2020, but now the couple has decided that they have pushed the date to 2021.

Ali had the most romantic proposal for his lady love during their holiday at Maldives, early in 2020. The couple was planning to conduct all the festivities in Mumbai, Delhi and Lucknow amidst a lot of fanfare. But the wedding has now been postponed to 2021 and no date has been mentioned as so far there is no vaccine for the virus.

Ali and Richa came close in 2012, when they were shooting for the film Fukrey and started dating in 2015. The couple never came out in open only till 2017 when they made it public that they are a couple. Now that are all set to take their relationship to the next level, but the pandemic has come on their way.

Richa was last seen in the film Panga which also starred Kangana Ranaut and Neena Gupta. Ali is looking forward for his film Mirzapur 2 which will be released on Amazon Prime Video.