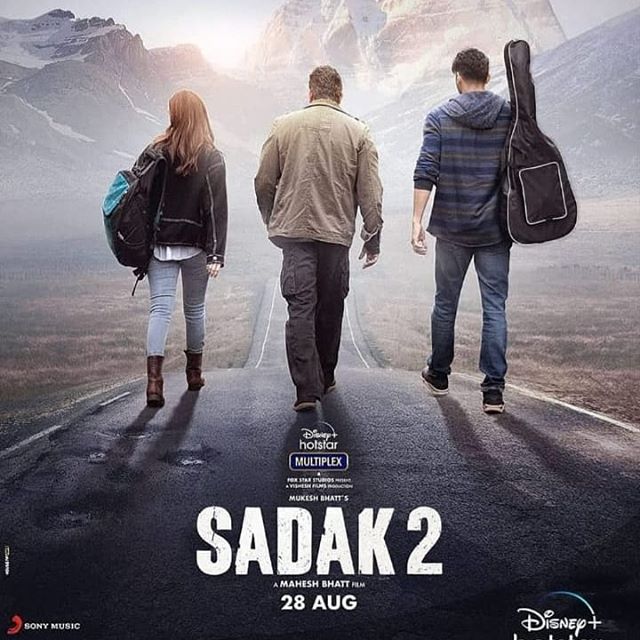 Vishesh Films banner is all set to release the much awaited film Sadak 2, which will see Mahesh Bhatt return as a director. The film stars Alia Bhatt, Sanjay Dutt, Aditya Roy Kapur and Pooja Bhatt in lead roles and is all set to be released on August 28, 2020 on the OTT Platform DisneyPlus Hotstar.

Alia shared a poster of the film that features herself with Aditya and Sanjay Dutt walking on a road to Mount Kailash, which was also featured on the first poster. Sadak 2 has been shot in a number of locations in the South and is the sequel to the 1991 film Sadak that had Pooja Bhatt and Sanjay Dutt in the lead.

Mahesh Bhatt will be returning as a director after a long time. Reports say that the story of the film is about a man named Ravi played by Sanjay Dutt, who is depressed and how he helps a woman’s interaction with a Godman, who is focusing on exposing a fake guru who runs an ashram.

The film will be streamed on DisneyPlus Hotstar and will be available for the VIP subscribers from August 28, 2020. Sadak 2 also stars Gulshan Grover, Makarand Deshpande and Abdul Qadir Amin playing important roles. Makarand will be seen playing the main antagonist.