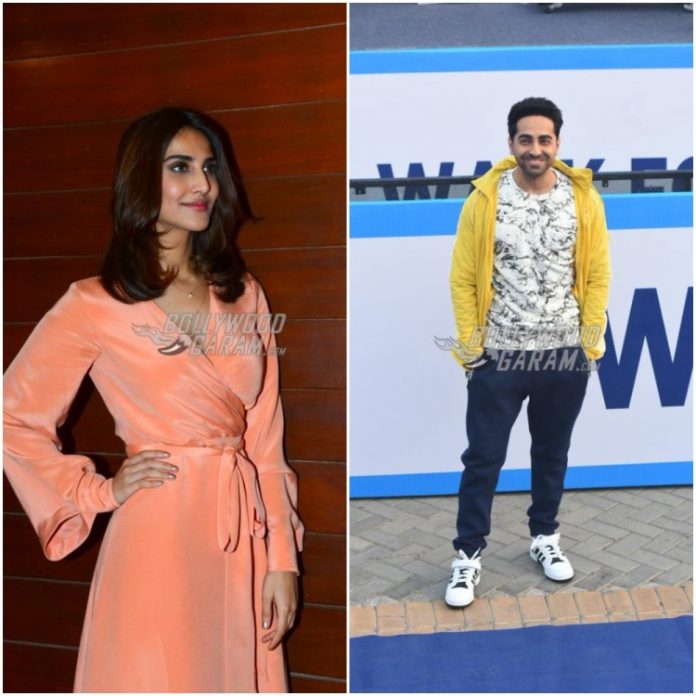 Filmmaker Abhishek Kapoor is all set to make a film with Aayushmann Khurrana and has now roped in Vaani Kapoor as his love interest. This is the first time Aayushmann and Abhishek have come together for a progressive love story that is expected to touch everyone’s hearts.

Abhishek was all praises for Vaani and appreciated her performance in Befikre. The director added that Vaani is a beautiful and a committed actor and is looking forward to have her and Aayushmann on the sets. Vaani expressed that she always wanted to work with Abhishek Kapoor. The actress was also all praises for Aayushmann and called him one of the most talented actors of the generation.

Vaani also expressed that she is thrilled for her first film with Aayushmann. Abhishek had earlier mentioned that it is a progressive love story that it is going to be a total entertainer. The director added the audience is going to expect something unique from Aayushmann and Vaani. Aayushmann will be seen playing the role of a cross-functional athlete.

Reports say that the actor will have to undergo a big transformation for his role and the process is going to be intense and excruciating. Aayushmann was last seen in the film Gulabo Sitabo which also starred Amitabh Bachchan.