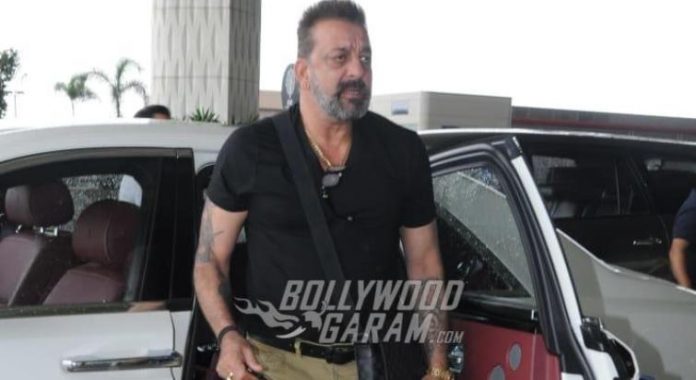 Seems like 2020 has not been a good year for Bollywood stars in terms of health. Indian actor Sanjay Dutt has been diagnosed with stage three lung cancer. The Policegiri actor is reportedly expected to travel to the United States to get himself treated. Sanjay Dutt is reportedly devastated to break the news to his family members. Sanjay’s wife Manyata Dutt and children Iqra and Shahraan are currently in Dubai.

More reports revealed that friends and colleagues like Salman Khan and Amitabh Bachchan also tried to call him, but he did not receive any of the calls for reasons that could be understandable. Before the news of his lung cancer came out, the actor had a while back in a social media post said that he is taking a break from work and would be back soon.

On August 8, 2020 the actor was admitted to the Lilavati Hospital in Mumbai after he had complained of coronavirus. Two days later Sanjayt was discharged and had assured his fans that he was doing fine and also tested negative for coronavirus.

On the work front, the trailer of his upcoming film Sadak 2 was released on August 12, 2020. The film also stars Alia Bhatt, Aditya Roy Kapur and Pooja Bhatt.