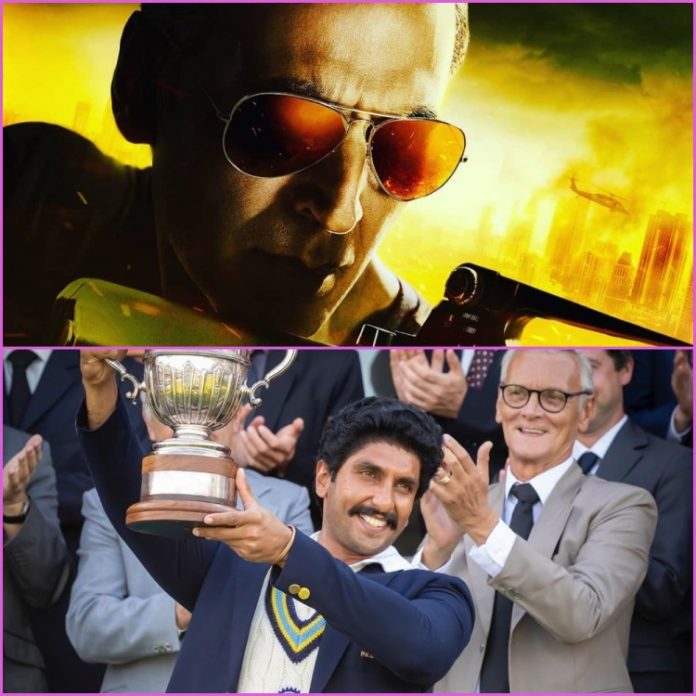 Bollywood films like Sooryavanshi and 83 are some of the much awaited films that the fans are looking forward to. These are some of the big budget films which could not be released as per schedule due to the coronavirus pandemic that forced the theatres to be shut. However, film banner Reliance Entertainment has said that they are confident that these films will get a theatrical release during the Diwali and Christmas season.

It was during the lockdown that many of the filmmakers of the small and medium budget films were forced to release on the OTT platforms as they did not have a choice. But due to the lockdown, the fat of many of the big budget films is at stake. Reliance Entertainment released an official statement which said that they are confident about the theatrical exhibition and that the situation would improve by Diwali and Christmas.

The makers have scheduled to release Akshay Kumar starrer Sooryavanshi during Diwali 2020 and Ranveer Singh starrer 83 during Christmas, 2020. Sooryavanshi will mark the next film in filmmaker Rohit Shetty’s cop franchise and will also star Katrina Kaif. On the other hand 83 is the biopic on the veteran Indian cricketer Kapil Dev in which Ranveer will be seen playing the titular role. Deepika Padukone will be seen playing the role of Kapil Dev’s wife Romi Bhatia.