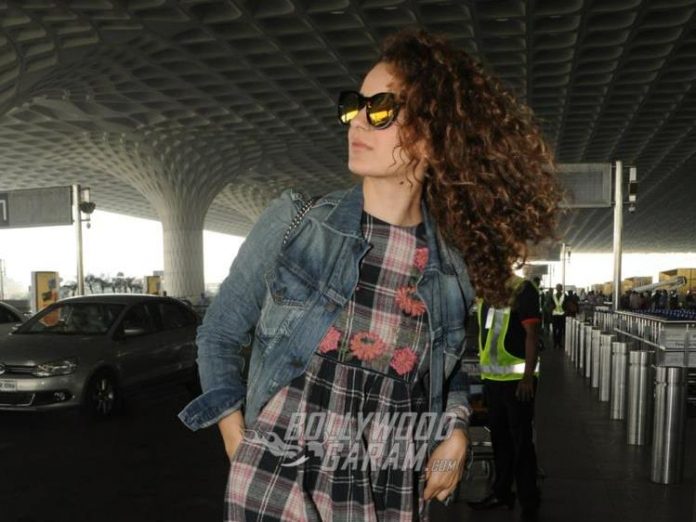 Along with the first poster, the actress revealed that the shoot of the film is all set to start off in the month of December, 2020. Kangana in the poster can be seen standing in an Air Force pilot uniform next to a fighter plane named Tejas.

The actress had talked about the film in an earlier interview with a leading daily and had then said that the sacrifices made by the brave women in uniform very often go unnoticed by the nation. Kangana had then also revealed that Tejas is a story of one such pilot from the Indian Air Force who had put the nation first before herself.

The Queen actress had also revealed that she will have to undergo intense training for her role in the film before she begins to shoot for Tejas. The training for the film had began in the month of July, 2020 for Kangana and it was due to the coronavirus pandemic the schedule was postponed. This surely comes as a good news and the fans will soon be able to see Kangana in a new role.

#Tejas to take-off this December! ✈️ Proud to be part of this exhilarating story that is an ode to our brave airforce pilots! Jai Hind 🇮🇳 #FridaysWithRSVP @sarveshmewara #RonnieScrewvala @rsvpmovies @nonabains