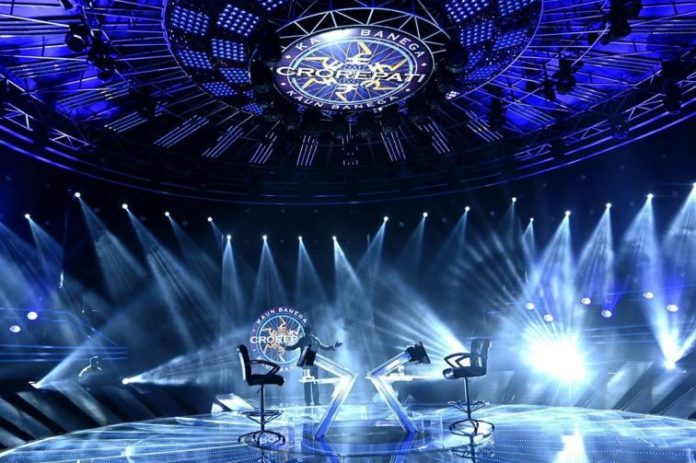 Indian actor Amitabh Bachchan has successfully recovered from COVID-19 and has also got back to work after completing his mandatory quarantine period. The star recently shared pictures from the sets where he has shown how work has started off amidst the pandemic. Now the actor has shared a fresh picture from the sets of Kaun Banega Crorepati, which has shown a spectacular view of the stage while he is seen performing his role as a host.

Mr. Bachchan shared the picture and captioned it, “Aadar aadab abhinandan aabhar,” which is his signature way of greeting the audience on the show. The picture that has been posted has shown a grand set of Kaun Banega Crorepati with dazzling blue lights scattered around everywhere . The centre of the set has shown the popular hot seat where the contestant will have the face the host and the questions that could make them win a wholesome amount.

A number of celebrities from Bollywood responded to the new picture by Big B. On September 7, 2020, Amitabh Bachchan had made an announcement that the shoot of the 12th season of the show had begun.