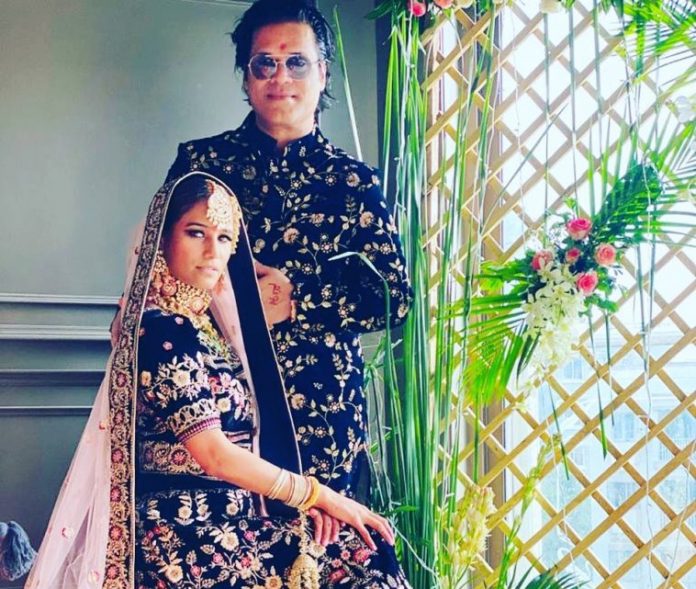 Indian actress Poonam Pandey got married to the love of her life Sam Bombay who is an Indian film director. Poonam and Szam got married in a private ceremony in Mumbai and the pictures of their ceremony went viral on the internet.

46 year old Sam is a film director. Poonam shared the pictured of her wedding on her Instagram account. The actress can be seen dressed in a beautiful and heavy navy blue lehenga with heavy jewellery while the groom is seen in a matching sherwani. Both of them look fabulous in their wedding attire.

Another picture had shown Poonam dressed in a green outfit while the groom can be seen holding a bottle of champagne. The picture seemed from the Mehndi ceremony as the actress was seen with henna on her hands.

The couple had announced their engagement in the month of July, 2020 and Sam had shared a picture of them showing off their rings. Sam and Poonam were earlier caught by the Mumbai Police as they were booked for violating the lockdown rules at Marine Drive in Mumbai in the month of May, 2020. Reports stated that they were roaming in their BMW that was seized. The two were also detained by the police but were later released after serving them with a notice.

Here’s looking forward to seven lifetimes with you.