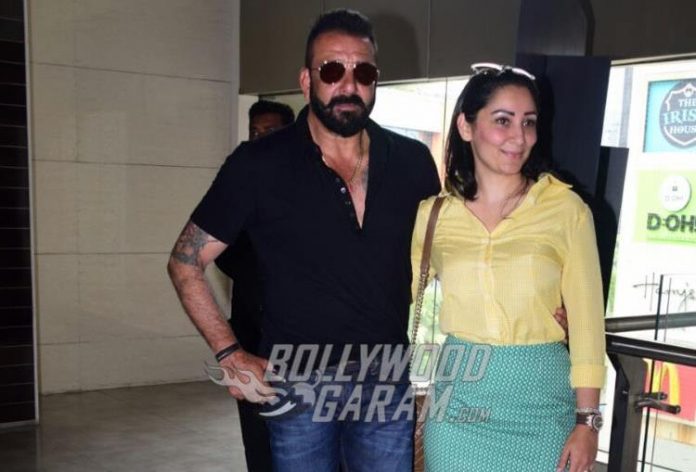 Indian actor Sanjay Dutt is currently undergoing treatment for his lung cancer that was diagnosed recently. The Munna Bhai MBBS actor was recently diagnosed with stage 4 lung cancer that left his fans and family worried. But the actor recently took everyone by surprise after he turned up on the sets of his upcoming film Shamshera. After wrapping up the pending work, the actor was seen leaving to Dubai.

Manyata and her children were stuck in Dubai ever since the lockdown was imposed. Dutt is taking a short break as he wanted to spend some quality time with his twins Shahraan and Iqra, who are still in Dubai. Manyata had returned from Dubai after Sanjay was diagnosed with cancer.

The actor is expected to return back after meeting his children and will also continue with his treatment. Sanjay’s children are currently in Dubai and they attend their classes from there. The couple took the chartered flight to Dubai and Maanyata shared a few interesting moments from their journey.

On the work front, Sanjay is also expected to work on the films Bhuj: The Pride of India and Torbaaz. Some of his future projects include KGF Chapter 2 and Prithviraj. The actor has reportedly completed the first round of chemotherapy in Mumbai.