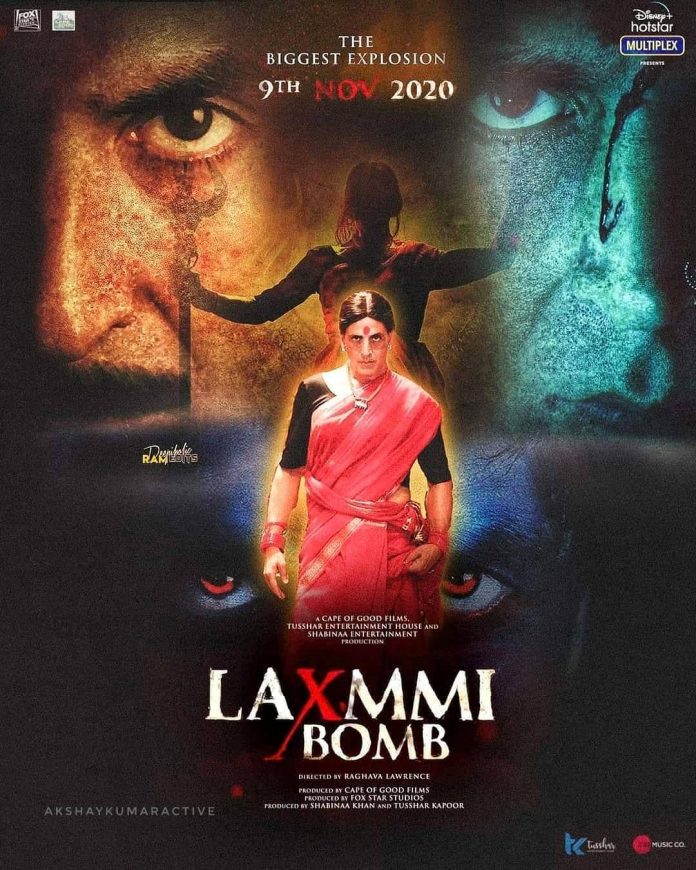 Akshay Kumar starrer Laxmmi Bomb has been one of the most awaited films of 2020. But due to the coronavirus pandemic, the theatres have been shut and so far there is no clue as to when the government of India will be allowing the theatres to be opened. Due to the situation a number of filmmakers decided to release their films on the OTT platforms. Laxmmi Bomb will also be released on Disney+Hotstar on November 9, 2020.

The upcoming comedy horror drama also stars Kiara Advani and will be releasing on the OTT Platform on Disney+Hotstar just a day before the IPL Finals 2020. Akshay is at present shooting for his upcoming film in Scotland. The actor made the announcement of the release of Laxmmi Bomb through his Instagram account. Apart from the announcement, the actor also released a teaser of the film.

The teaser has first shown Akshay in a mustache and then transforms in to a transgender. After the official announcement, the fans expressed their excitement over the news that the film finally gets a release date. But at the same time there were also a set of fans who were disappointed about the fact that Laxmmi Bomb will get an OTT release.

A number of people expressed that the film should have been released in the theatres and not the OTT Platforms.