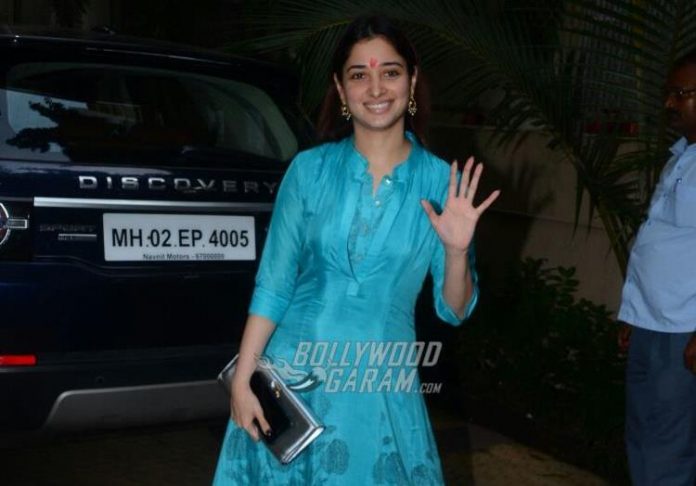 Indian actress Tamannah Bhatia has tested positive for coronavirus and has been admitted to a hospital in Bengaluru. The Baahubali actress was shooting for a web series in Hyderabad and it was just a couple of days back when she showed mild symptoms of the novel coronavirus. This was when she decided to get herself checked.

Tamannaah is currently being treated by a team of doctors at the hospital and has been put on medications. It was just a month back when it was revealed that her father Santosh Bhatia and mother Rajani Bhatia had tested positive for COVID-19. The actress had then revealed that her parents were put under medication and are also following all the necessary guidelines.

Tamannah had then also revealed that the rest of the family members including herself tested negative for the virus. Soon after the news of the actress testing positive went viral, her fans sent recovery wishes through social media.

On the work front, the actress is waiting to get back to the shoot of her upcoming Telugu film Seetimaar. The film is a sports action drama and features Gopichand in the lead role and is also waiting for the release of her Hindi film Bole Chudiyan which has Nawazuddin Siddiqui in the lead role.