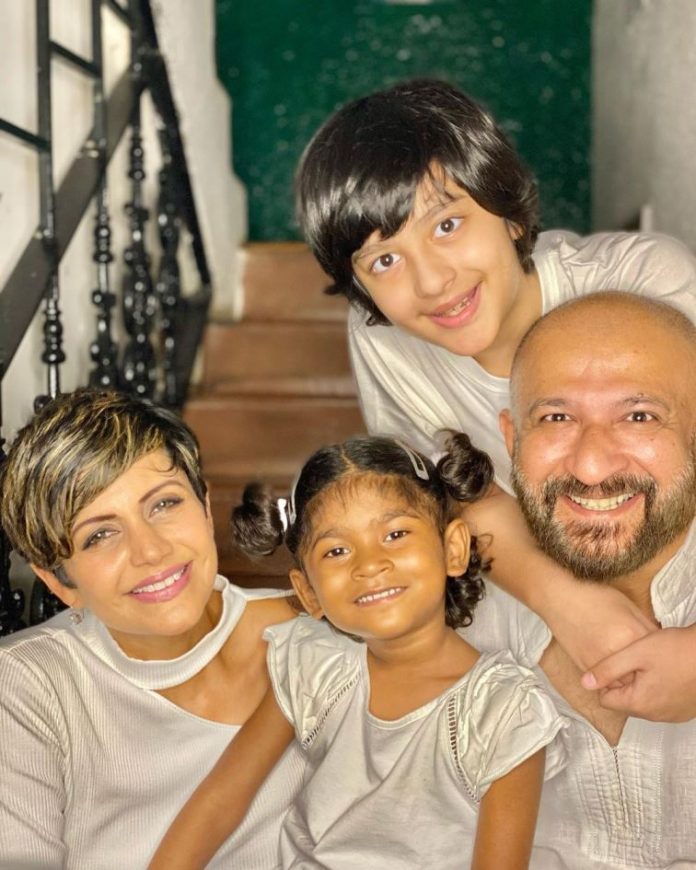 The picture showed the happy family dressed in white. The new family member was brought home on July 28, 2020. The actress also dedicated a small poetry for the new family member and called her a blessing from above. The little poetry also revealed that Tara is a little over 4 years old and is now a member of their family.

Mandira in an earlier interview had expressed that she and her husband wanted to have a sister for their son Vir and added that they wanted to adopt a girl who would be between 2 and four years old. The couple had applied for adoption in 2013.

On the work front, the actress was last seen in the multi-lingual film Saaho which starred Prabhas and Shraddha Kapoor. Mandira Bedi is currently filming for the upcoming Tamil film Adangathey. The actress and Raj Kaushal got married in 1999 and gave birth to a baby boy in 2011.