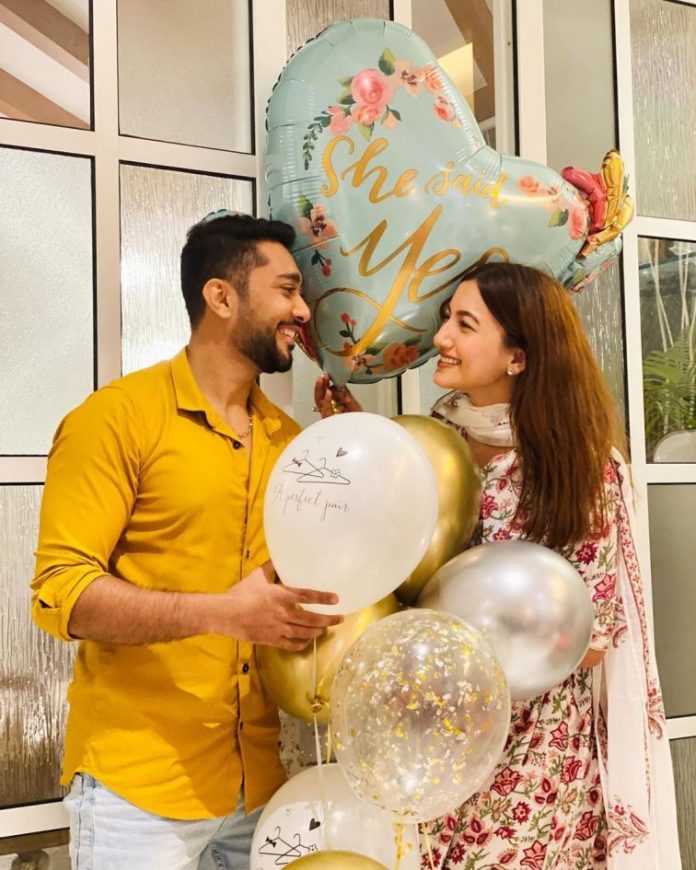 After a number of speculations, Indian actress Gauahar Khan has got engaged to beau Zaid Darbar. The news about their engagement has come amidst reports about their wedding. It has been finally confirmed that the couple has got engaged. Both Zaid and Gauahar had earlier maintained a stance that they are nothing more than just friends while talking about their relationship rumours.

But now things have become clear after Gauahar posted a picture on her Instagram account which has shown her and Zaid lovingly looking at each other while the actress can be seen holding a balloon that says “She said Yes”.

This has also added to the reports about their wedding. Reports say that the couple is all set to get married on December 25, 2020. The wedding festivities are expected to begin from December 22, 2020 and will be attended only by the family and close friends.

For those who not know who Zaid Darbar is, he is the son of the popular Indian singer Ismail Darbar. Zaid is already popular on the platforms like Instagram and TikTok. He has also appeared on the music video named Tera Kya Hota in 2020. Zaid also has a brother Awez Darbar and two sisters Anam and Moonzarin Darbar. The actor is also looking forward to make a career in Bollywood.