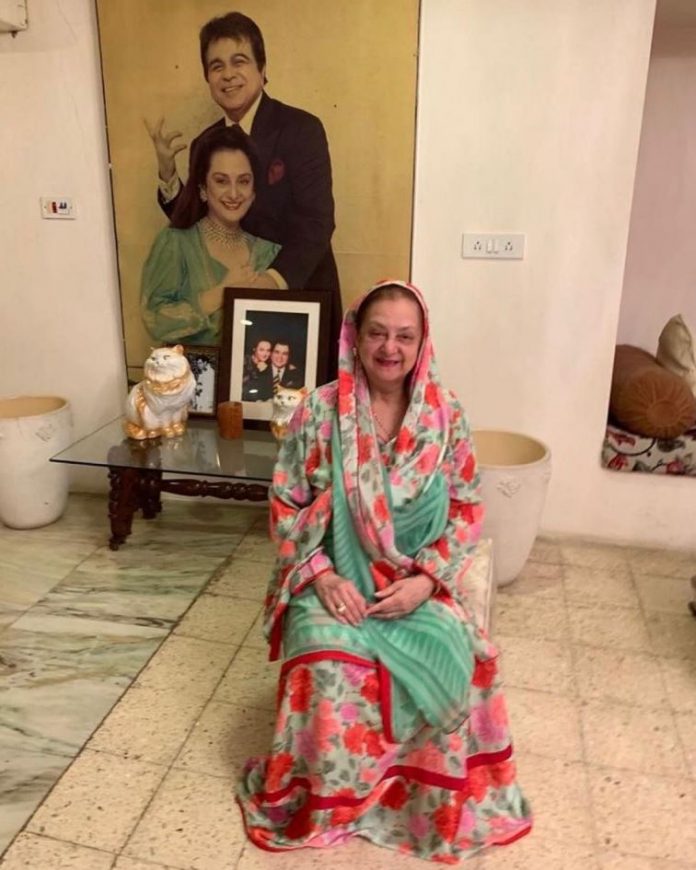 Veteran Indian actress Saira Banu has given a health update about husband Dilip Kumar. The actress said that the 97 year old actor is not too well and is weak. Banu added that sometimes he walks in to the hall and then back to his room and his immunity has also deteriorated.

The actress has asked fans to pray for his wellness. Saira Banu, who has been married to Dilip Kumar since 54 years, said that she is not looking after the actor out of duress but out of love. The actress added that she is not even looking out for praises to be called a devoted wife. Saira also expressed that just to be able to touch him and cuddle him is the best thing that is happening to her.

This year, the couple did not celebrate their anniversary as Dilip Kumar’s brothers Ahsan Bhai and Aslam Bhai passed away after they tested positive for coronavirus. Banu had posted a message on Twitter that said that October 11 is always a beautiful day in her life as she got married to Dilip Kumar on that day that made her dreams come true.

The actress added that this year they will not be celebrating as they have lost two of their brothers Aslam Bhai and Ahsan Bhai.