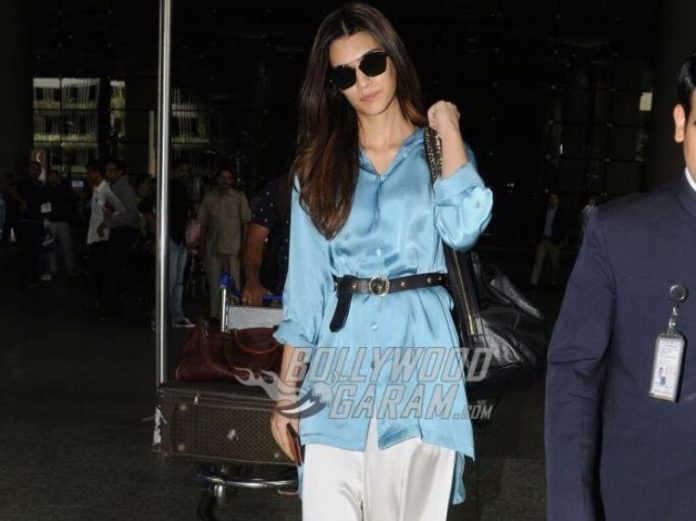 Indian actress Kriti Sanon has confirmed that she has tested positive for coronavirus. A number of speculations had surfaced on the internet that stated that the Heropanti actress has tested positive for the virus. But now it has been confirmed. Kriti was shooting in Chandigarh with co-star Rajkummar Rao and has now returned to Mumbai to quarantine herself and take rest.

Sanon took her social media account and confirmed that she has tested positive for COVID-19 and assured that there is nothing to worry about as she is feeling fine. The Dilwale actress added that she has quarantined herself as per the BMC norms and her doctor’s advice.

Kriti added that she is plans to take rest during her quarantine period and is expected to resume work soon. Last week a number of celebrities including Varun Dhawan, Neetu Kapoor, Maniesh Paul and director Raj Mehta had tested positive for the virus while they were shooting for the upcoming film Jug Jug Jeeyo.

Since the cast and crew has tested positive, the shooting schedule has been put on hold. The city of Chandigarh is facing a spike in the number of cases of coronavirus. A number of Bollywood films are being shot in North India. Kriti Sanon was last seen in the film Panipat released in 2019.