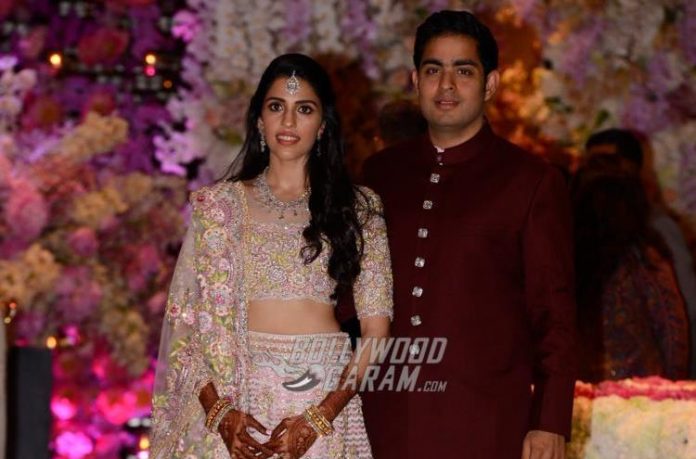 Indian industrialist Mukesh Ambani and Nita Ambani’s elder son Akash Ambani and his wife Shloka Mehta Ambani have become proud parents to a baby boy. Reports say that Shloka Mehta gave birth to a baby boy on December 10, 2020. The Mehta family and the Ambani family are on cloud nine over the arrival of their little bundle of joy.

A picture has also surfaced on the internet that has shown a happy grandfather Mukesh Ambani holding his grandson in his arms and smiling away. Earlier a spokesperson from the Ambani family released a statement said that Mukesh and Nita are delighted to welcome their new family member at home and are happy to become grandparents for the first time.

Reports say that the mother and son are doing well and the arrival of the new family member has brought immense joy to both the families. Akash and Shloka got married in an uktra grand wedding ceremony on March 9, 2019 that was attended by the Who’s Who from not just India but from the World.

It was termed as one of the biggest and the most expensive weddings in the world. It was last year when Mukesh Ambani had released a video message while wishing Shloka on her birthday when he had hinted that next year when he would wish, Shloka would be a mother by then. Since then Shloka Ambani has remained under wraps and the baby news has taken everyone by surprise.