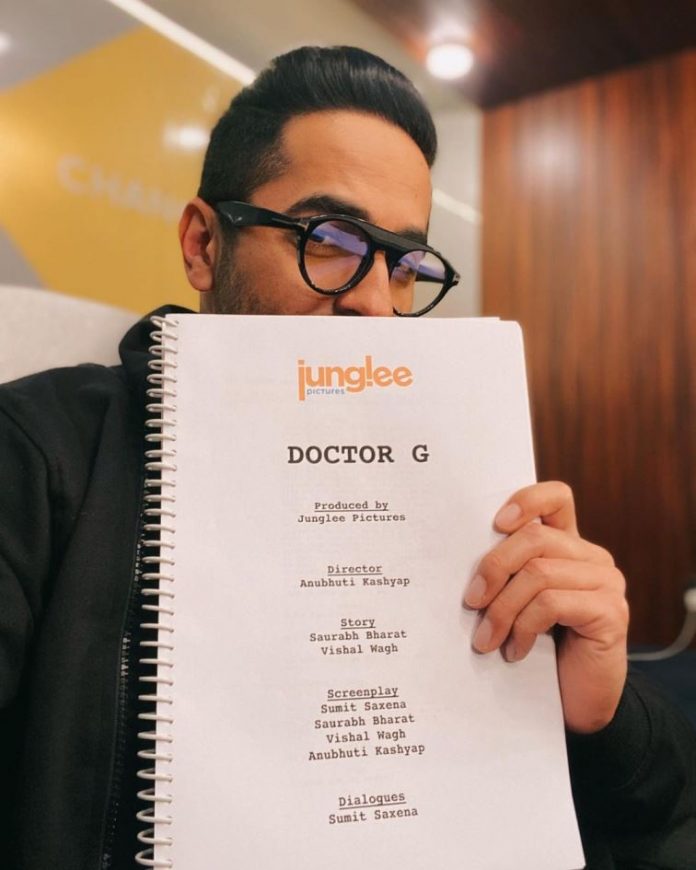 Indian actor Aayushmann Khurrana has been roped in to play another interesting character. The Vicky Donor actor will soon be seen playing the role of a doctor in a film that will be directed by Anubhuti Kashyap. The film has been titled Doctor G which is a campus comedy drama genre.

Aayushmann while talking about the upcoming project said that he fell in love with the script of the film as it was fresh and has a concept that is unique and innovative. The actor assured that the film would make the audience laugh and that he is excited to don the doctor’s apron for the first time in his career. Khurrana also hinted that the film would also deliver a message that is expected to hit the hearts of the audience directly.

The film will be produced by Junglee Pictures who have earlier produced the films like Badhai Ho and Bareily Ki Barfi. Filmmaker Anubhuti in a statement said that she is stepping in to her journey of filmmaking with the film and is excited to be on the sets. Kashyap also informed that the film is going to appeal the young as well as the family audience.

On the work front Aayushmann will also be seen in the film Chandigarh Kare Aashiqui directed by Abhishek Kapoor.