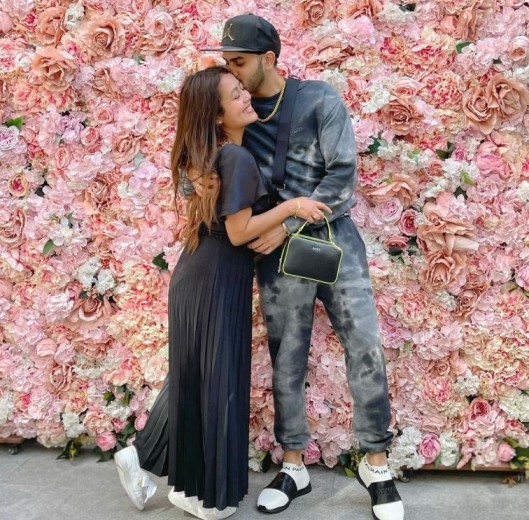 Indian playback singer Neha Kakkar has now dismissed the rumours about her pregnancy. A few days back, the singer had surprised her fans by posting a picture with husband Rohanpreet as she flaunted her baby bump. The singer and her husband grabbed a lot of headlines due to the post which hinted that Neha could have been pregnant even before she was married. But then Neha cleared the air and said that all this was done for the promotions of her latest song Khyaal Rakhya Kar.

The singer dropped the song on December 22, 2020. Neha talked about her latest song that features her and her husband Rohanpreet. The singer is seen as a pregnant woman in the music video. The video narrates the story of a mother who raises a son who resembles a lot like his late father. The song has been released after their wedding themed track Nehu Da Vyah.

Neha and Rohanpreet got married in the month of October this year and was attended by close friends and family members. The couple soon travelled to Dubai for their honeymoon and kept sharing their pictures from their trip.

Neha and Rohanpreet had met on the sets of the song Nehu Da Vyah earlier in 2020 and they ended up actually getting hitched to each other.