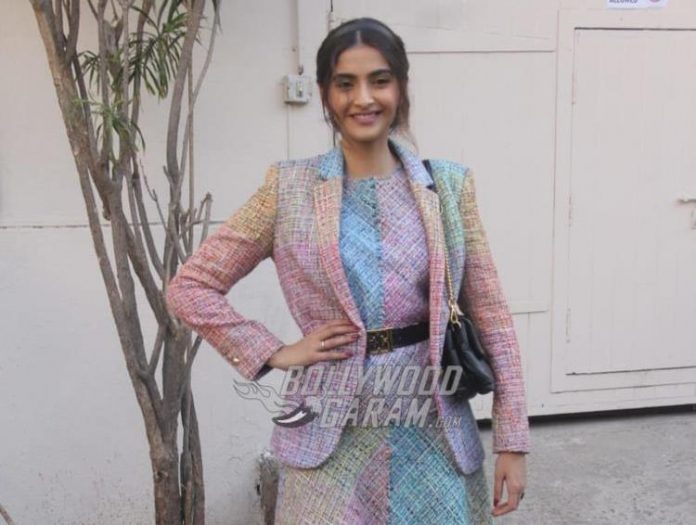 Indian actress Sonam Kapoor has started shooting for the upcoming film Blind. The actress is currently in London with husband Anand Ahuja. The upcoming film is directed by Shome Makhija who will be helming the action thriller in Glasgow, Scotland.

The upcoming film is expected to be a crime thriller and will be a story that revolves around a blind police officer involved in a serial killer case. Sonam Kapoor will be seen playing the lead role and the cast will include Purab Kohli, Lilette Dubey and Vinay Pathak.

The film will be produced by Sujoy Ghosh, Manisha W, Avishek Ghosh, Pinkesh Nahar and Sachin Nahar and Hyunwoo Tahomas Kim. Blind is expected to be released in 2021, but the makers are yet to announce a date.

A source while talking about the project said that Sonam has always admired Ghosh’s body of work and Blind came as a great opportunity for them to collaborate. Sonam has been a part of socially relevant films and this time the latest project has got a unique narrative. She was last seen in the film The Zoya Factor which also stars Dulquer Salmaan. The actress has also been a part of the films like PadMan, Neerja and Sanju. Sonam made her debut with the film Saawariya in which she played the role of Sakina.