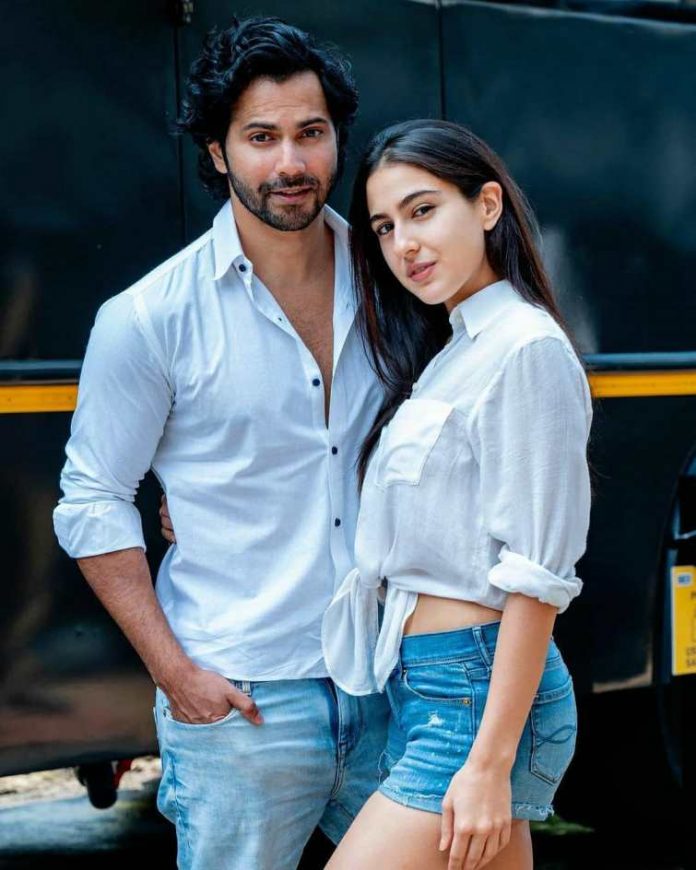 David Dhawan has come up with his 45th film as a director and has remade his own classic with the same name which had Govinda and Karisma Kapoor in the lead roles. Since the remake has been released in the 21st century it has young stars Varun Dhawan and Sara Ali Khan, who have tried their best to keep up with the energy levels of the earlier generation.

People who have seen the film released in 1995 will realize that there is absolutely no difference in the script or the characters and just the overall set up has been changed to give it a more refined look. Even some of the popular songs like Mirchi Lagi Toh Main Kya Karu and Husn Hai Suhana have been refurnished to give it a modern sound. Javed Jaffrey plays Pandit Jaikishen, who is humiliated by Jeffrey Rosario who wishes to have a Richie Rich husband for his daughter Sarah Rozario. Things turn ugly when Raju Coolie fakes to be the son of a billionaire and gets married to Sarah.

Varun has tried his best to match the levels of Govinda, who is known for his effortless moves but continues to be original and unique. Sarah is the eye candy and has come a long way in terms of her acting skills. Paresh Rawal seems to be the funniest character while being Jeffrey Rozario. His comic timings is unmatched. Certain one-liners and dialogues will make you crack up. The actual essence is there, but the audience will still miss the originality that was brought alive by Govinda and Karisma.

But since the world is all about progress, the makers have tried their best to make it look glittery and rosy. The film has been released on the OTT Platform Amazon Prime.