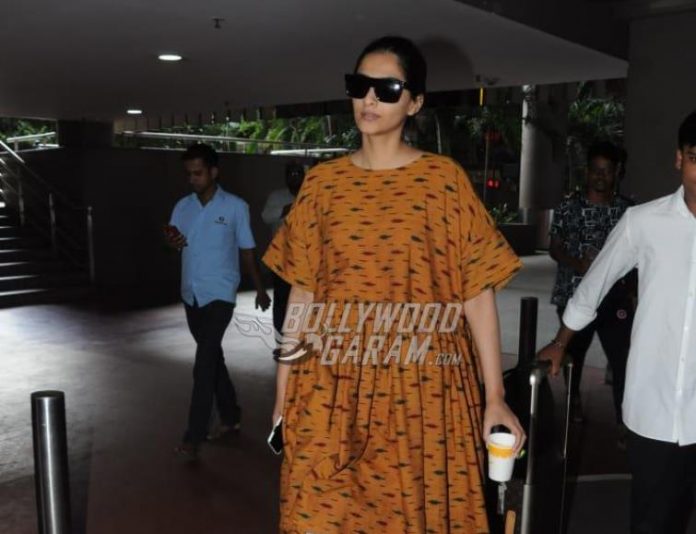 Indian actress Sonam Kapoor has been roped in for the upcoming thriller flick Blind. The actress will be seen playing the role of a blind person and is learning the body language for the role. Sonam is also getting dietary regulations to get in to the character.

Sources close to the actress have revealed that she has been maintaining a healthy diet for the look that is required for the film. Sonam is expected to get back to shoot post pandemic and meanwhile she is involved in a number of discussions and researches with the director of the flick.

The Veere Di Wedding actress has also got a coach who is training her for playing the character of a visually impaired person. The film is directed by Shome Makhija and is produced by Sujoy Ghosh. Sonam is currently shooting in Glasgow.

This will be the first time the actress will be seen playing the role of a blind girl. Sonam Kapoor is reportedly spending a considerable time with the director that helps her to understand the character better. The actress was last seen in the film The Zoya Factor that was released in 2019. The film also starred Dulquer Salmaan but bombed at the box office. The actress recently appeared in a cameo role in the thriller flick AK Vs AK.