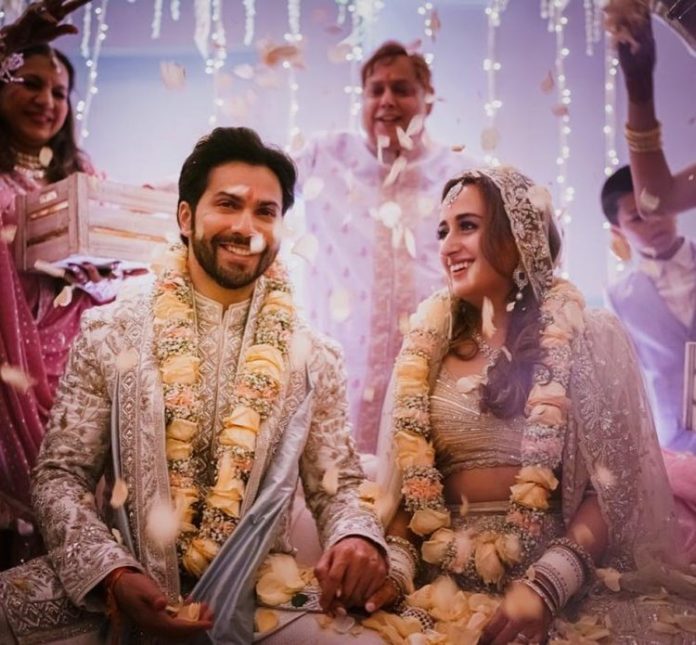 After a number of speculations, Bollywood’s most eligible bachelor Varun Dhawan got married to the love of his life Natasha Dalal. Since the beginning of January, there have been speculations that the two will be getting married at Alibaug on January 24, 2021. The confirmation came when Varun posted a couple of adorable pictures from the actual wedding ceremony on his Instagram account.

The wedding ceremony took place at a mansion in Alibaug and the celebrations started off on January 22, 2021 and was attended by only the immediate family members and a few close friends. People who attended the wedding included Kunal Kohli, Zoa Morani, Akshai Puri, Manish Malhotra and others. Varun posted some adorable pictures from the wedding in which he and his bride were seen beaming with happiness as they were showered with rose petals.

Another picture had shown the couple going through the rituals as they held hands in beautiful traditional outfits. Varun also shared a couple of pictures from the Haldi ceremony that showed him smothered with turmeric all over his face and body.

Producer and director Karan Johar was also seen joining the celebrations at Alibaug. As soon as the ceremony concluded, sweets were distributed among the paparazzi who were waiting outside the venue for some official pictures of the gorgeous couple.